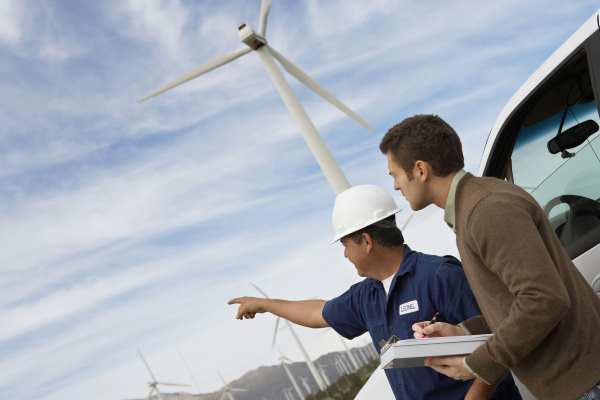 An annual survey of environment and sustainability professionals has suggested that more employees are satisfied with their careers than ever before.

Statistics published on 4 April by the Institute of Environmental Management & Assessment (IEMA) show that 82% of its members find their jobs “personally, professionally and financially rewarding”.

This is the highest figure recorded in IEMA’s annual survey and an 11% increase on levels recorded last year.

This places environment and sustainability workers above the national average for professional satisfaction – reported as 77.6% by the Office for National Statistics.

IEMA argues a significant reason job satisfaction is high is because salaries are also increasing.

The survey, which was conducted in the winter and received 1,047 responses from its members, reveals that two-thirds of respondents received a pay rise in 2015.

While this was down from the 73.5% receiving a rise in last year’s poll, possibly reflecting sluggish growth in sectors traditionally employing environment professionals, IEMA notes that salaries are markedly ahead of the average national income.

Atypically, the survey suggests that salaries for environment jobs are not higher in London and the South East unlike in other sectors, with the north-west and Northern Ireland demonstrating the highest wages by region.

The average 4.46% year-on-year increase in total earnings shows the profession is significantly outperforming the national 2% average.

The Institute also notes that workers are highly qualified and keep their knowledge up-to-date, employer support for personal development is high and “the nature of the work is rewarding”.

The survey reveals that the workers in the profession are highly skilled. Some 93% of correspondents have academic qualifications – 55% have a Masters’ or Doctorate and a further 38% have at least a Bachelor’s degree or other post graduate qualification. In addition, 91% undertook some form of vocational training or development in 2015 and 35% of them said the learning had directly helped them boost their organisation’s environmental performance.

A further third said they had become equipped to train colleagues after their own continuing professional development (CPD) and 29% were able to assist with improving their company’s reputation. 21% said their CPD helped their organisation to save money. This is likely due to seven in ten respondents reporting that their on-the-job learning was funded in some way by their employer.

However, the results also reveal a deepening rift in comparative pay between male and female workers.

Gender pay inequality in the environment and sustainability profession has been consistently higher than the overall gap reported by government statisticians, according to IEMA.

“Work needs to be done by business to bridge the gender pay gap however; there really is no room for any form of inequality in such a modern and diverse profession that represents the very best professional values.”