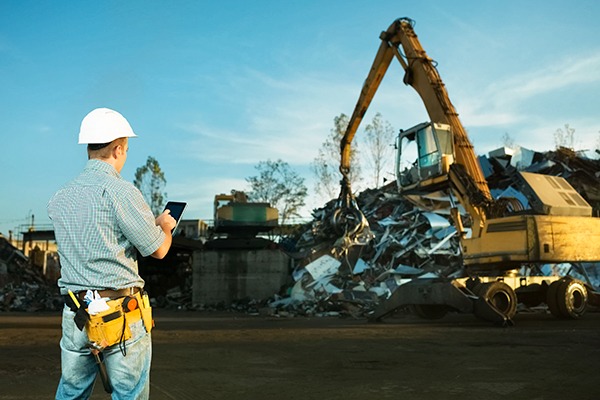 Over the next decade, waste is set to offer a burgeoning and diverse array of career opportunities in the UK.

But what should you know before you walk into that interview?

Along with the obvious —researching the firm, its market, geography and ethos – it is essential to know the issues dominating the headlines in the waste and resources world.

A candidate that can demonstrate a deeper understanding of the market and where opportunities lie within it stands the greatest chance.

Here are five critical and timely themes that could help you stand out from the crowd.

The circular economy package, proposed by the European Commission in December, is the hot topic on everyone’s lips (endsreport.com/50868).

The proposals include a reuse and recycling target for municipal waste of 65% by the end of 2030 and a target to reduce landfill of municipal waste to a maximum of 10% of all waste by 2030.

The recycling goal for packaging waste was also set at 75% by 2030.

In dealing with such a broad array of industries, the package is certain to stimulate extensive job growth in the long-term.

Indeed, a report commissioned by environmental management firm Veolia in July found that a closed-loop society could boost the UK’s employment levels by 10% by 2025, creating 175,000 new jobs (endsreport.com/49136).

In the shorter-term, full details of the package are scheduled to be fleshed out over the next two to three years after a period of negotiations. This opens up opportunities for policy advisors, trade associations and consultants, all vying amongst each other to lobby and influence the EU’s final decision on exactly what the circular economy package will look like.

Despite the optimistic atmosphere generated by the package, the recycling rates it sets out appear a tall order. It is not even clear that the UK will meet its current 50% EU target for 2020 (endsreport.com/50837).

However, the desperate need for the UK to ramp up its recycling rates in order to avoid EU penalties means there is a widening opportunity for waste professionals.

Government bodies have begun examining ways of harmonising waste collection across the UK in order to boost recycling rates (endsreport.com/50525).

They are also considering to what extent waste collection authorities are fulfilling their legal obligation to ensure they are collecting waste separately for recycling.

So far, most council are resisting a switch to separation despite a report published by the European Commission concluding that strict separate collection “usually leads to better recycling rates”.

It is unclear whether councils have carried out sufficient tests to prove they are not breaking EU laws and with the EA likely to scrutinise councils’ evidence more closely, the need for consultants and legal advisors is likely to increase (endsreport.com/51878).

It is also crucial to ensure that cutting edge technology is used to remove contaminants from recycling at Materials Recovery Facilities. This will become increasingly important to boost recycling rates and is bound to open up opportunities for engineers and scientists needed to ensure innovation does not lag.

Waste crime is becoming an increasing problem. So much so, that the Environmental Services Association (ESA) has teamed up with the EA and the Chartered Institution of Wastes Management (CIWM) to launch a campaign aimed at increasing the awareness among small businesses of their duty of care (endsreport.com/52230).

Alongside this, the EA has published a revised duty of care code of practice but there is still evidence of widespread non-compliance (endsreport.com/51897).

However, DEFRA has signalled its intent to tackle the problem, announcing in February that it would put £20m aside to fight waste crime (endsreport.com/50753). This could lead to a boost in jobs in law and enforcement and the regulatory side of waste.

Crime is one of the few areas of the waste sector the government appears willing to engage with, having stated as far back as 2013 that it would “step back” from waste policy (endsreport.com/41532).

The policy retreat has been slammed by the trade but it means that work such as improving data collection will become critical as the sector is forced to take the reins.

A report released in February by Ricardo Energy & Environment found that the waste management sector would have more confidence to invest in and deploy waste treatment infrastructure and waste management services if data collection was improved.

Recommendations included establishing a working group to work alongside DEFRA to look at opportunities to share data. It also encouraged making the use of the electronic duty of care system mandatory in order to collect reliable data on commercial and industrial and construction and demolition waste arisings.

With the possibility of a richer data environment on the horizon, analysts and technical experts will have a greater resource to help improve the industry.

Within the industry there is now a much bigger focus on implementing the waste hierarchy by making landfill the last possible option and ensuring reuse and repair is the first port of call.

To ensure this, producers will need to take more responsibility. It is no longer just waste management companies that can affect resource efficiency but and companies involved in manufacturing or producing products. While it was revealed in April that he packaging industry has met its 2015 recycling targets, the results also suggested that it may struggle to comply in the future (endsreport.com/52181). This could generate a demand for innovative thinkers on the producer side of resource management.

The Treasury will consult further on reforming the Landfill Communities Fund, but has shelved the proposed stricter requirements for its beneficiaries

Circular economy could create jobs and boost GDP by £29bn

A figure has been put on the potential of a domestic circular economy for the first time, hinting at a huge opportunity as resources become scarce

DEFRA’s work on waste policy will cease in many areas from April next year due to a lack of capacity. Budget cuts for WRAP have also been confirmed