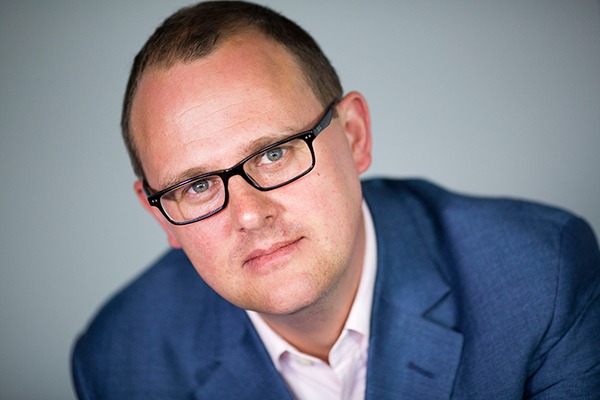 With much now riding on the forthcoming emissions reduction plan and new industrial strategy, Paul Hatchwell talks to Paul Nowak, deputy general secretary of the TUC, about the opportunities and challenges for industry and careers in the developing green economy.

How large an opportunity do you see for the low-carbon economy following government approval of the fifth carbon budget and ratification of the historic Paris Agreement?

It’s a big opportunity, and Britain really needs to be on top of it so that our workers do not miss out. It’s going to mean a bigger global market for low-carbon technology, so if we move quickly enough we’ve an opportunity to grow our manufacturing and our exports.

Of course, nations also need to properly pursue the Paris Agreement. And with Trump threatening to withdraw from the process, it’s a very worrying time. It really is make-or-break, politically, economically, and of course for our environment.

How important an opportunity does the forthcoming new industrial strategy present for development of a low-carbon, greener economy?

There’s been a welcome change of tone from Theresa May’s government. But so far it is not shaping up to be as big a deal as it needs to. We have to see a much larger investment package to boost economic activity and create quality jobs. And greening the economy has to be at the heart of the industrial strategy as well as the forthcoming emissions reduction plan – from more public transport and warmer homes, to new renewable power generation.

How is the TUC involved in ensuring the developing strategy enhances sustainability opportunities and green jobs?

We’ve just published a report called Powering Ahead that argues what is needed for low-carbon energy and industry. It looks at how other countries have made progress, and it shows that there’s a lot of opportunity for us to do better by learning from them what has worked.

We’ve had a parliamentary roundtable to discuss those ideas, with the [BEIS] minister Nick Hurd attending. And we are happy that the government is listening to the ideas and the positive agenda we are putting forward. But getting from a few people listening in government to the whole government putting things into action is still a big job that will take time and persistence – but trade unions are nothing if not persistent!

We are also working closely with business on major infrastructure projects to get joint agreements with them, not just employment standards, but also environmental standards. We’ve done this for both HS2 and Heathrow, and it’s an approach we will continue.

Trade unions have also revitalised union support for learning and skills by putting union learning reps into workplaces and have strengthened union engagement with employers through the establishment of workplace learning centres and the signing of learning agreements. We already have these agreements with many employers in the environmental and energy sectors.

Clearly the renewable energy sector has seen remarkable growth, though policy roll-backs have slowed it down since 2015. Could growth and job opportunities now accelerate once again?

We hope so. There’s a lot of committed people out there in business, right down from small firms doing energy efficiency fittings all the way up to the grand designs of Elon Musk and Tesla.

But the leadership that matters most comes from government. We need business and industrial policies that give green innovation the advantage over the older, environmentally harmful ways of doing things, rather than policy rollbacks.

Let’s remember that the Stern Report highlighted a global annual green economy worth $500bn. So a smart government will seek as large a slice of that market as possible.

Where do you see prospects for jobs in the renewables sector as being strongest over the next five to ten years?

Offshore wind, biomass and solar PV were not given a lot of love by Amber Rudd when she launched the government’s new direction for energy policy a year ago. And when climate change lost its own government department and was folded into the business department, a lot of people were very worried about what this signalled for renewables.

But at the TUC, we had a different view. We hoped it would signal that the government was going to make sure that renewables were part of their industrial strategy. And if so, then that should mean we are more likely to have a properly planned approach to future skills needs.

The government’s Autumn Statement signalled a more active industrial strategy. But the measures that were announced still lack the targeted public investment we want to see to improve the prospects for growth and new employment in all renewable sectors.

The government’s decision to sign off on the 3.26 gigawatt Hinkley Point C nuclear reactor is set to boost demand for skilled jobs in the sector. Are there skills shortages and what needs to be done to overcome them?

There’s going to be 25,000 jobs created down the supply chain, and at its peak the construction of Hinkley Point C will have 5,600 people on site. Even if the demand for all the skilled positions could be met from current supply, it could then leave shortages of engineers and specialist construction workers that affects recruitment to other projects.

The key to avoiding skills shortages on a project like this is to build an apprenticeship programme into it, and to have a planned approach to helping the existing workforce to retrain to take advantage of new job opportunities.

How might increased efforts on energy efficiency in industry convert into job opportunities?

Trade unions want to see UK manufacturing growing strongly, catching up lost ground and creating new jobs. But to do this, they need to be ahead of the curve.

Trump may be causing concern about America’s new direction on climate change, but I still think that international agreements will increasingly punish the polluter. So UK manufacturing companies that want to be successful will need to improve their production processes so that they make more with less energy.

And part of the bottom line for any company is that if you use energy efficiently you have more money for the payroll.

In the wider green economy, how do you see overall investment trends and prospects for jobs developing over the next five years?

We prefer not to crystal ball gaze, but to set out a clear argument for what we think is needed.

The TUC sees an opportunity to rebalance the UK economy while seeking to meet our climate change targets. We believe the UK should set a long term target of 50% of our energy needs being met by renewables by 2030 during the fifth carbon budget period.

The government’s industrial strategy should conduct a study to consider what technologies we need to bring us up to that target, and which of those technologies could be developed in the UK. Then, using the active power of government, those industries should be targeted on the communities of the UK that lost so many jobs and livelihoods with the demise of heavy industry.

How adequate do you see our current training in environmental management and technology as being as the UK transitions to a greener economy? What more needs to be done?

The government needs to do more to gauge the skills needed. And we need to look not just at projected employment growth for different parts of the sector, but also at what impact there will be resulting from replacement demand.

The challenges are greatest in sectors such as energy and utilities, where replacement demand is above the average for the economy because the age profile of the workforce tends to be older.

Recruiting more skilled people into the sector will of course depend hugely on attracting more young people to take up careers through different routes, including apprenticeships, graduate-entry pathways and other entry points.

We also need to make sure that the existing workforce has the opportunity to take advantage of retraining opportunities for new greener jobs if they are in energy-intensive roles that are likely to be made obsolete in the transition to a low carbon economy – part of the ‘just transition’ that trade unions want for workers.

Spending increases in infrastructure, low-carbon transport and innovation have headlined the Autumn Statement, but carbon taxes continue to be frozen and flood defence spending is modest

Beyond 2030: from low carbon to zero carbon

Ratification of the Paris Agreement and an ambitious fifth carbon budget have triggered a new phase in the UK’s journey towards decarbonisation, but hurdles remain. Paul Hatchwell asks Committee on Climate Change chair Lord Deben for his views on what the government should prioritise

Can infrastructure be designed to benefit the environment? Jez Abbott looks at the options for embedding sustainability

A new industrial strategy should ensure growth is compatible with the UK’s low carbon transition, overcome fragmentation of policy and deliver value in terms of skilled jobs, say stakeholders

Many career opportunities will arise from construction of new nuclear capacity, with demand for scarce, highly skilled energy, environment and safety professionals driving up salaries

Government and EDF sign off on Hinkley Point C

BEIS, EDF and Chinese contractors have signed into force contracts that will finance the UK’s first new nuclear power plant since 1995

Dealing with energy efficiency in a time of flux

Government energy efficiency and carbon-reduction policies have been through many changes in recent years. Paul Hatchwell speaks to Christine St John Cox, business area manager, and Ian Behling, principal consultant, at Ricardo Energy & Environment about past successes and lessons for the future

Sudden policy changes and cuts to renewable energy funding have prompted an intervention by the advisory Committee on Climate Change, urgently calling for policy clarity to avoid higher costs and missed carbon targets beyond 2020

DECC and BIS have publicised research examining the options for decarbonising the UK’s most carbon-intensive industrial sectors, receiving a positive if cautious response from manufacturers

Green technology: cleaning up in Colorado

A trade mission to Colorado has revealed large opportunities for UK clean technology entrepreneurs willing to give it a go. Paul Hatchwell looks at accelerated market entry and valuable lessons learned