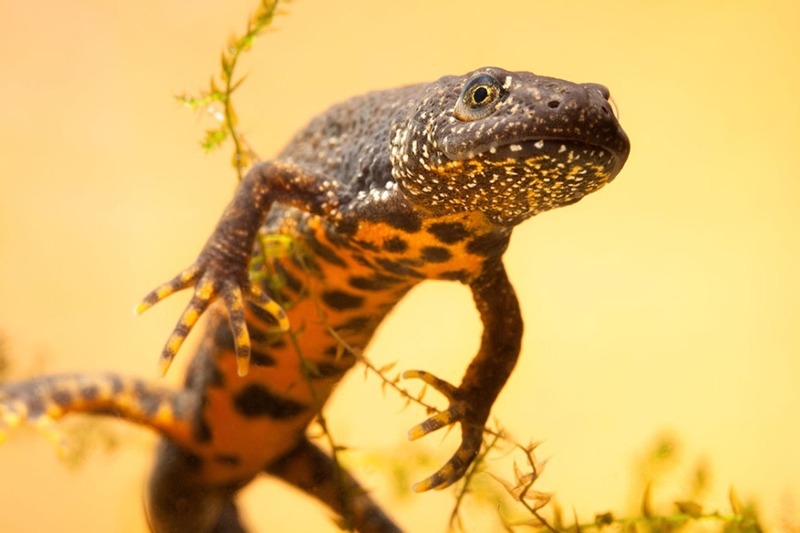 The Birds and Habitats Directives need to be integrated more closely into other EU policies and should be enforced and funded better.

This is a snapshot of UK responses to a major European Commission consultation on the two key nature directives, which ran between May and July. In total, more than half a million responses were submitted.

NGOs across Europe ran a coordinated campaign over the summer to drum up support for the Birds and Habitats Directives as they stand.

But views outside the nature conservation lobby are more nuanced. Many organisations support the directives’ principles but believe they could be written and implemented better to support both environmental and economic aims.

In its response, the Chartered Institute of Ecology and Environmental Management (CIEEM) argues that the directives have been effective in achieving EU nature protection goals.

This was recently backed up by research, timed to coincide with the end of the consultation, which found that the Birds Directive has had a “demonstrably positive impact” on threatened species.

However, CIEEM does not think the laws have ensured that new plans and projects properly assess risks to Natura 2000 sites or encouraged the management of landscape features outside Natura 2000 sites.

The UK’s four environment departments, in a joint response, say the directives have undoubtedly raised the profile of biodiversity within government, in business and industry and among the public.

They note that many measures required to implement the laws are undertaken by voluntary groups. For example, NGOs help with surveillance and monitoring programmes and manage Natura 2000 sites. Alongside this a considerable professional community of environmental consultants has developed “which has raised the quality of compliance and mitigation advice and good practice available to developers”. Progressive business sectors have also contributed to implementation and acceptance of the directives.

But they say implemention has not been without difficulty. “Some of the requirements can be resource-intensive and availability of funding is inevitably a consideration."

The departments say transposing the directives into national legislation and interpreting all the legal ramifications has taken many years. For example, clarity on whether the Habitats Directive applies to the offshore area was only achieved in 2007 – 25 years after the law was adopted.

In practice, they believe the directives have not had an excessive impact on development and note that very few cases require a full ‘appropriate assessment’ under the Habitats Directive.

Yet despite this, they claim there is a “culture of risk aversion” within parts of the consultancy and building sectors due to overuse of the directive to block unwanted developments and negative media reporting.“Over-precaution in response to this risk can lead to overuse of consultancy and technical advice; pushing up costs without always delivering clear benefits in support of the directives’ objectives.”

DECC takes a different line. In its own response, the energy department says the directives have “played a key role in delivering sustainable development, ensuring that the biophysical aspects of sustainability are fully considered, and in the vast majority of cases this happens in a manner proportionate to the level of environmental risk”.

The department says businesses have adapted their processes and timescales to account for the demands of the legislation and this provides a "high level of certainty". A shadow habitats regulations assessment, for example, is now a standard part of a developer’s application for consent and a key part of the decision-maker’s considerations.

“There is a risk that if the nature directives were opened up for review with possible changes of an unknown nature and timescale, then this could introduce additional uncertainty which may affect investment decisions. The additional uncertainty this would create would not be welcome at this time because of the importance of energy security and maintaining investor confidence.”

This could even undermine the UK’s ability to decarbonise its grid and meet renewable energy targets, DECC warns.

But it says that, while there is a good evidence base for well-developed parts of the terrestrial energy sector, where the likely impacts and effective mitigation measures of projects are better understood, there are evidence gaps for the marine environment and for new or novel technologies. This poses a challenge for developers and for decision-makers when considering whether to consent new energy projects such as offshore wind.

However, both submissions agree that links between the nature directives and other EU law could be improved.

DECC says some directives overlap with each other causing unnecessary duplication and burdens for developers. “In other cases, it appears that the links are underdeveloped and there is little consideration of how the nature directives should fit alongside/complement the objectives of wider legislation.”

CIEEM says the main barriers have been ineffective enforcement, insufficient funding and human resources, low public awareness and insufficient integration into other EU policies. In particular, it believes EU energy, transport and industry/enterprise rules do not support nature objectives, and agriculture, fisheries, environment, climate change, health and research policies could do more.

It notes that the Common Agricultural Policy (CAP) is the main source of money available for implementation and suggests that rural development funds should be better integrated with the directives’ goals to broaden the financial base.

The CLA also believes the directives are not clearly worded and there is not enough guidance and best practice on implementation.

In general, it says the costs of protection are proportionate but the administrative and lost opportunity costs are not.

This is echoed by the Home Builders Federation, which represents major UK developers including Barratt, Taylor Wimpey and Persimmon.

It wants the EU to strengthen the directives’ duty for competent authorities to pro­actively consider ways of minimising adverse impacts from stopping or delaying developments. It should also place greater weight on the need to consider the collective opportunity costs from smaller developments ­ such as local housing projects ­“that may not be so visible to competent authorities as major infrastructure or industrial projects”.

The main opposition to the directives has come from the farming and fishing sectors and private forest owners.

Indeed, the National Farmers Union (NFU) has a much more critical response. It believes member states are best placed to determine which areas and habitats need to be protected within their territory, and to decide what action should be taken.

It says the Habitats Directive has focused too much on preserving and restoring protected habitats, regardless of social and economic costs and with potentially perverse results.

“The directives focus on maintaining what we currently have and do not consider the need to adapt to a changing climate. It is, therefore, possible that in the long term these directives may have an adverse effect on biodiversity, as habitats and species have not been allowed to evolve to cope with changed climatic conditions,” says the NFU.

“There has also been a drive to ensure that member states protect specific habitat types, which has led to the designation of sites which, at the time of designation, were in such poor condition that they cannot realistically be brought into favourable conservation status.”

An area of agreement with other responses seen by ENDS is that the two nature directives’ aims often conflict with those of other EU policies such as farming and water.

The Habitats Directive, for example, does not set timescales for achieving favourable status, but the Water Framework Directive does. “Whilst these two pieces of legislation are drafted to complement each other, the result is an impractical, unrealistic objective, which would be impossible to achieve in some instances.”

It says that, if the nature directives continue to exist, they should include a technical feasibility test to ensure a proportional approach is taken.

The European Commission is now considering responses and a decision on whether to review the directives is expected early next year.

The Joint Nature Conservation Committee is consulting on the UK’s first offshore marine conservation areas, but it is not clear what kind of protection they will receive.