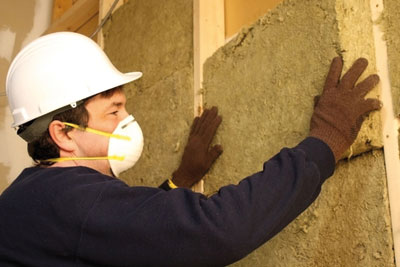 Only about 100 people have signed up to Green Deal plans and are paying back loans, ENDS understands – out of almost 19,000 who have had assessments.

Only three are actually paying back a loan through their electricity bill according to industry sources. This is meant to be how Green Deal loans are repaid.

The others are paying back through other means such as monthly direct debits.

The main reason for the lack of conversion from assessments to loans is that industry is still not ready to claim repayments through billing systems. This issue is surprising given that the Green Deal’s launch was delayed to ensure systems were ready.

Today (15 May), British Gas became the first utility to say it could now offer loans to its customers with repayments through bills, suggesting the situation may change imminently.

Both utilities and the government hope numbers will rise soon.

However, other sources have told ENDS that the high 7% interest rates associated with loans may be putting some people off signing up to plans after they have had an assessment.

Another factor is uncertainty among investors and lenders over the liability for Green Deal debt of private landlords and tenants in some cases. DECC has just proposed amending the Consumer Credit Act to resolve these concerns.

On 14 May, DECC published statistics showing that there had been 18,816 assessments undertaken by the end of April. It would not confirm who has undertaken these, but British Gas says it has done more than 8,000.

Energy minister Greg Barker welcomed the figures, pointing out that the number of assessments had doubled during the past month. “It’s still early days for this long-term initiative, but this is a clear sign of growing interest from consumers, with people keen to improve the efficiency of their homes to make them warmer and help save money on bills,” he said.

However, DECC has yet to release figures on actual take-up of loans and will not be doing so until the end of June.

One major utility said: “There haven’t really been any proper Green Deals signed up with a plan paid back through electricity bills. It’s just proved a complicated process. The ones going ahead are paying it back through other means.”

Another added: “We’re staying upbeat about it and seeing it as something for the future, but we’re still not yet ready.”

Neither firm wanted to be named.

A DECC spokesman would not comment on the low numbers. They pointed out there were 55 Green Deal providers so far and said it was an internal matter for them if they were unable to pay and collect loans yet.

There was always likely to be a delay between households having assessments and deciding whether to take out loans, they added.

Many households that have had assessments could have decided to improve the energy efficiency of their homes without signing up to a loan, they added, such as by taking up the government’s cashback scheme. This gives households money back for installing energy efficiency measures, but is limited to £40m.

Mark Bayley, chief executive of the Green Deal Finance Company (GDFC), which is providing the finance for loans, said: “We are seeing a lot more assessments than we expected.”

But he admitted that the number of plans that “have been consummated has been low”. A number of providers “have yet to get going... It is proving more difficult and slower than we had anticipated.”

The slow start comes despite the fact that the GDFC signed agreements in March with DECC, major providers, investors and the Green Investment Bank. These provided a £244m funding package to set up, finance and administer Green Deal plans.

Together with a debt facility GDFC intends to arrange with the European Investment Bank, total initial funding could exceed £300m. This should be enough to fund at least the first year of expected Green Deal plans.

The government hopes a cashback scheme can help tackle low levels of public interest in the Green Deal, but extra drivers appear to be needed