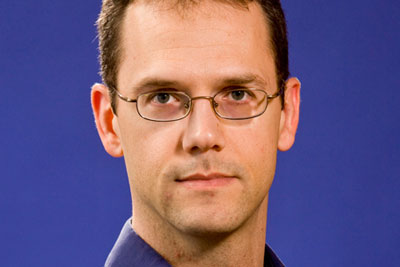 Big brands need to step up and use their influence to sell the importance of sustainability to politicians, investors and civil society. That was the message I came away with from the excellent B4E conference on corporate sustainability this week.

The event focused on discussing the latest trend in sustainability – the 'net positive' concept. The idea is that most large companies now have some sort of environmental management plan with targets aimed at reducing waste and energy use. These firms have long since woken up to the fact that saving energy – even though it might be a small proportion of their costs –  saves money and looks good.

More ambitious companies have eye-catching sustainability goals, targeting big cuts in carbon by symbolic dates like 2020 and 2050 to underline their contribution to UK carbon budgets. Some, like carpet tile-maker Interface, are even aiming for zero impacts.

But sustainability thinkers are upping the ante by arguing that minimising impacts is not enough, given the deficit in natural capital we've built up. Companies need to help restore the balance.  "If nature was a bank it would need a bailout by now," said Sally Uren, deputy director of Forum for the Future, at the conference.

The net positive concept means companies put more back into the environment, such as by restoring habitats and generating renewable energy, than they take out. Companies such as Kingfisher, which owns B&Q, and BT are pioneering this idea.

But net positive will require systemic change in the political and economic sphere, as well as among consumers, to make it possible. Governments are failing to maintain the environmental and social conditions needed for companies to be able to do business, said Tom Burke, founding director of E3G and ENDS Report columnist. "In a 4ºC world companies won't have a business – it won't be stable enough."

A few companies seem to get this. Unilever chief Paul Polman is regularly banging the sustainable business drum on the conference circuit, as is Kingfisher's boss Ian Cheshire.

I wish business leaders would do even more. Companies need to actively lobby governments to persuade them that sustainability is a core business issue, not a nice-to-have when times are good. Politicians will listen to sober, grey-suited business people with a respect they will not show to campaigners.

That's why I was disappointed to hear Alliance Boots' corporate responsibility director, Richard Ellis, argue at B4E that his customers just wanted to trust Boots to get on with addressing sustainability issues and not shout about it. Fortunately most delegates seemed to disagree and thought companies had a vital role in overtly changing consumer behaviour.

I wonder whether Alliance Boots' ownership by US private equity firm KKR is behind this low-key attitude. Listed companies have to be seen to be more responsive to issues of public concern.

It's a shame because Boots is doing some good stuff on sustainability, like investigating ways of producing algae for use in its products to replace petrochemicals. I'd like to see it learn from that other iconic high-street brand, M&S, and come out fighting with a Plan A sustainability strategy of their own.

I often hear companies say they have embedded sustainability in their core business. Well now is the time to prove it. Stand up and be counted.