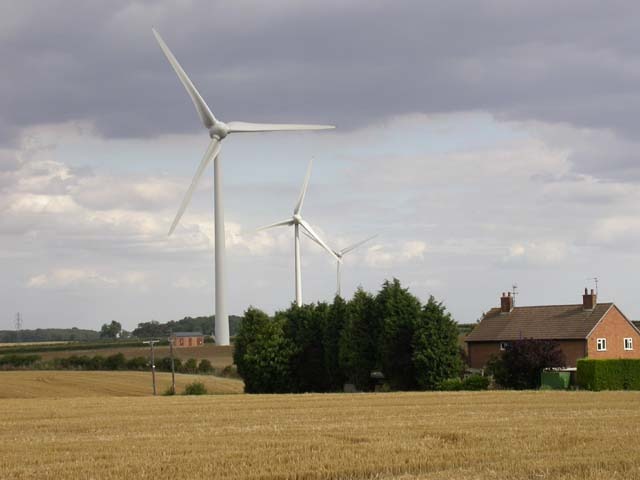 DEFRA has commissioned a study into the effect of energy infrastructure on house prices, including onshore wind, ENDS has learned.

It is being written by consultancy Frontier Economics and is due to report by 4 September.

The report could have implications for all energy projects if it concludes they lower prices. The study is widely seen as the department’s latest attack on wind turbines.

Environment secretary Owen Paterson has regularly spoken out against the technology, as have other senior Conservative Party figures.

On 19 August, the Daily Telegraph revealed that DECC and DEFRA were conducting a joint study into the “impacts of electricity infrastructure on rural areas”, but it provided no details of what this will cover.

The DEFRA research is due to feed into this report, according to a spokesperson. There is no date for when the wider study will be concluded.

The house price study is short; the contract only started on 26 July. According to the terms of reference, it “aims to determine whether [energy projects] have a significant impact on the prices of houses nearby and, if so, compare how that impact differs between different types”.

Frontier Economics was asked to calculate price impacts at the aggregate level, for expected deployment of each technology to 2020, and per kilowatt hour of electricity produced.

It seems unlikely that the report could include any conclusions on the price impacts of shale gas projects because so few have been developed. The terms of reference says “sufficient property sales” must have occurred close to each type of infrastructure so that conclusions can be statistically significant.

The DEFRA spokesperson said the report would not make policy recommendations. When asked how such a study fell within the department's remit, they said: “It is our role to rural proof policy... We need to ensure that energy is generated in a way that is sustainable. Sustainability includes the economic as well as social and environmental impacts.”

House prices are a controversial area, but it is one that has been little studied in relation to renewables. The Royal Institution of Chartered Surveyors (RICS) issued a report in 2007 that concluded “there was limited evidence of detrimental impacts of wind farms on house prices”. However, its scope was limited to Cornwall.

In May, RICS wrote to energy secretary Ed Davey saying there was “a growing need for updated research... In the intervening six years the scale of the market for onshore renewable energy has expanded and the residential property market has also seen significant change.”

In January this year, the Advertising Standards Authority rebuked wind developer Ecotricity for claiming wind farms have no long-term detrimental impact on house prices because the evidence is inconclusive. In July, it rebuked an anti-wind farm group for making the opposite claim.

However, some householders living near wind turbines have complained of drops in house prices. At least one has had their council tax banding reduced after claiming such an impact.

ENDS spoke to several energy experts about the new study and all expressed surprise that DEFRA had commissioned it rather than DECC. They said it could prove helpful for filling a research vacuum, but it could lead to homeowners claiming compensation against developers if it showed negative effects had occurred. However, the chances of this happening seemed slim.

The government requires onshore wind, shale gas and nuclear developers to compensate communities affected by their projects but these do not go to individual households.

Ken Cronin of the UK Onshore Operators Group, which represents onshore oil and gas firms, said there was no evidence such projects had impacted house prices either. It may be difficult for the study to reach any conclusions given the turmoil in the housing market in recent years, he added.

Doug Parr, Greenpeace’s head of policy, said: “I’m not a lawyer, but it’d be deeply unwise to publish speculative values as if anyone wanted to build anything they’d suddenly face calls for compensation.

“If it’s not a forward-looking study including shale gas, it would be difficult to see what the point of it is apart from to generate an anti-wind headline.”