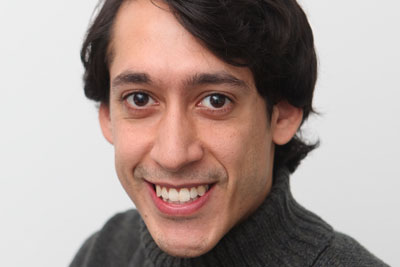 Demand-side management is about how energy consumption can be reduced or time-shifted to off-peak periods. Methods include energy efficiency, demand-side response (for example, devices which respond to signals to delay electricity use until off-peak times) and onsite backup generation and storage.

Contrary to popular belief, the UK has been a leader in implementing demand-side management policies since the 1990s. It has tried and tested a whole variety of regulatory, market-based, financial and voluntary mechanisms. However, the historical focus on energy efficiency has resulted in demand-side response policies lagging behind those of other countries.

Current research at the University College London (UCL) Energy Institute is exploring best practice in demand-side policy by looking at experiences abroad. For example, globally, supplier obligations appear to be one of the most effective regulatory mechanisms for meeting current policy objectives for energy security, affordability and emissions reduction.

Voluntary agreements in the industrial sector have similarly worked well in a number of European countries, though they have been less effective in the residential sector. The 82% crash in cavity wall installations from the transition from the Carbon Emissions Reduction Target (CERT) to the Green Deal is a case in point. The supplier obligations from 2002-2012 were similarly more successful than their predecessor, Energy Standards of Performance.

Furthermore, the UK has focused on the industrial and residential sectors, leaving small and medium enterprises (SMEs) (a large chunk of energy consumption) inadequately encouraged by policy. Extending the Energy Company Obligation (ECO) to SMEs could be an effective way of overcoming this, but the diversity of sectors involved may create difficulties for suppliers to meet obligations. Here, there is limited international experience and market transformation programmes have more commonly been implemented. However, they still focus on the residential sector.

Reserve capacity margins are forecast to fall to about 4% by the early 2020s as ageing power stations close and five of the 14 UK coal plants exceeding 1GW capacity come offline by 2016 as a result of the EU Large Combustion Plants Directive. Thus, there is a strong need for demand-side response and onsite backup generation and storage in addition to energy efficiency.

In its response to the electricity demand reduction consultation, DECC has decided to pilot the inclusion of demand-side response in the capacity market. This is a weak attempt at realising the concept’s full potential, particularly as demand-side management can already contribute to the current balancing mechanism.

Time-of-use pricing (daily and seasonal) is needed across sectors on a large scale and should be introduced alongside smart meter rollout. However, the government’s plans to reduce the number of residential tariffs to four could hinder development of more dynamic tariffs.

In all cases consumer engagement will be the key challenge. The much-cited Tempo tariff in France and Economy 7/10 tariffs in the UK have only reached less than 20% and 5% of residents respectively.

The UK’s successful demand-side management history is at risk from current policies that appear confused and overlapping, while not adequately encouraging the adoption of demand-side response. If the government truly believes in the role that demand-side management can play, it needs to give more attention to how and why policies have worked well previously and learn from experiences abroad.