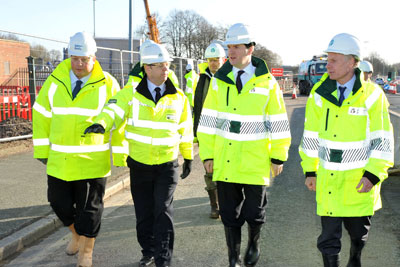 The Environment Agency is to cut its staffing levels by 15% by next October, according to a statement given to ENDS.

The body is facing a far bigger cut in funding from DEFRA than previously expected, and as a result is having to drop staff from its current 11,400 to 9,700 by October 2014.

The fact the flood defence budget is protected appears to be impacting on staffing levels.

The situation is fast developing. Just two weeks ago, the agency’s chairman, Lord Chris Smith, and chief executive, Paul Leinster, sent an email to all staff saying numbers would have to be reduced to 10,000 by October 2016.

The news that cuts would actually be bigger than that, and over 12 months rather than three years, was broken to staff in an online question and answer session with senior management on 22 October.

“We will then aim to keep numbers broadly at that level through to March 2015 dependent of course on future funding.

“We will only achieve this by looking across the whole organisation at our ways of working and structures.”

ENDS understands the agency is considering amalgamating some of its existing regions and area offices, and that it is also looking at what functions it can no longer afford to do.

ENDS has spoken to several agency staff. All said the mood in the body was one of great concern.

“There was an initial feeling it’d just be needling around the edges,” said one, “but it’s now clear this is a root and branch restructuring and nobody’s job is safe and that’s led to a lot of worries.”

The cuts could severely impact the agency’s ability to function, another said. “We’ve already changed our ways of working so we regulate industry in a much more risk-based way and we rely on operators to self-report problems. We’ll do a lot more of that I guess, but how can you guarantee businesses are self-reporting properly if you don’t have the staff to check the reports?”

Another said that political priorities would clearly shape what the agency decides to do in future, and sarcastically remarked that anyone working on shale gas projects would be safe.

During the online question and answer session, staff members apparently asked if the agency could increase the fees it charges industry to make up for the budget shortfall. They were told that was not politically acceptable.

The news of the depth of the cuts has caused concern among NGOs. Craig Bennett, Friends of the Earth's director of policy and campaigns, said: "It's a disgrace. We've always been told by this government that cuts will not affect basic environmental protection and this is completely counter to that. This will make it impossible for the Agency to do what it already does. It'll hit its role at the most basic level."

DEFRA would not provide ENDS with a comment on the budget cuts or its implications.