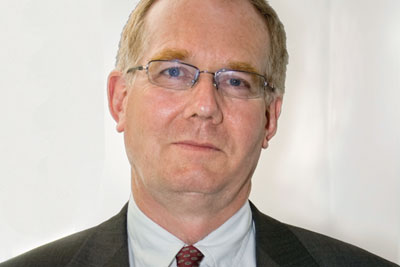 The last chairman of the doomed Sustainable Development Commission (SDC) says his organisation never succeeded in its most vital and ambitious goal: putting sustainable development at the heart of Whitehall and Westminster policy making.

But Will Day, 55, doubts that abolishing his commission and making sustainable development oversight an internal government function will achieve this. “Would what we advocated have been more noticed if we were sitting within [environment department] DEFRA?” he asks. “No” is the unspoken answer.

For most of the commission’s ten and a half years in existence, Jonathan Porritt was its chair. But before a year of Mr Day’s chairmanship had gone by, he learned DEFRA would no longer fund it. And since it was by far the major funder, that meant the end. As ENDS went to press, the commission had five weeks left.

He had anticipated the SDC might face major reform and cost-cutting after last May’s general election and was prepared for it. But he did not foresee its demise.

Since environment secretary Caroline Spelman (whose department DEFRA leads in Whitehall on sustainable development) announced its abolition last July, much of his time has been spent winding up the SDC (ENDS Report 426, pp 5-6).

A third of its 60-strong secretariat have left with fewer than ten certain of civil service jobs in Whitehall or the de­volved administrations. The SDC, with its ten remaining commissioners, shares an ageing Whitehall office with two other DEFRA arm’s-length bodies also fallen to its quango cull: the Royal Commission on Environmental Pollution  and the Commission for Rural Communities (see pp 29-30).

Mr Day, whose career has been mainly in overseas development with extensive field experience in Africa, is courteous and upbeat. But the past few months have not been fun for the man who helped found Comic Relief. “I didn’t sign up for this,” he said ruefully. “Closing down an effective public body is dispiriting.

“Once the decision was made, we became a kind of dead man walking,” he added. Access to ministers and senior civil servants, so important to the commission’s role, became harder.

Even so, a few hours after ENDS spoke to him he met environment secretary Caroline Spelman and Cabinet Office minister Oliver Letwin to discuss the coalition government’s plans for handling sustainable development within government.

In July she had said sustainable development was too crucial to be left to an arm’s-length body and should be brought within government. Now, eight months on, gov­ernment has still not set out new arrange­ments for ‘internalising’ the SDC’s key role.

That role was reviewing how Whitehall and the devolved administrations perform in moving the UK towards sustainable development – combining social justice and long-term environmental protection with economic growth.

A government announcement on successor arrangements is now expected in early March. The House of Commons Environmental Audit Committee has recommended that the Cabinet Office, along with one of its ministers, should be put in charge of the job. This is something, said Mr Day, the SDC would welcome.

It has long felt sustainable development was too big and too cross-departmental a job for DEFRA, especially after it lost its land-use planning and transport roles in reshuffles since 2000.

The SDC is hoping a minister will make that announcement as a final act of kindness at its farewell “stakeholder” conference on 1 March.

“I want the day to be as positive and constructive as possible, not a whinge or a wallow in self-pity,” said Mr Day.

He argues that the commission’s ten-year lifespan succeeded in raising the national profile of sustainable development within and outside government. In individual government departments it helped empower a few civil servants to work effectively for greener purchasing and more efficient use of energy and other natural resources.

The money savings that flowed from it will exceed any savings from closing down the SDC, he says. “It wasn’t us alone who did that, but the watchdog role we were given really contributed. We were the pointy stick, but also a support for those in government who wanted to improve.”

The SDC also offered government a “safe space” to discuss the most difficult and controversial issues. Mr Day gives the British diet as an example: there are strong sustainability arguments for a diet with less meat, but DEFRA’s role as agriculture champion may make it timid on the issue.

So while acknowledging that the decision on abolition is irreversible, he insists it remains a big mistake. At a time of deep cutbacks in public spending, a sustainability perspective could help find savings across departments’ policy areas such as transport, health care and energy efficiency. It would have had plenty to say about the promise and pitfalls of ‘big society’ and ‘localism’ in achieving green growth.

Instead, he fears collaboration between departments will decline amid the cutbacks as they focus on their core business.

That strategy needs updating – all the more given next year’s Rio plus 20 event, a high-level global gathering on sustainable development two decades on from the 1992 Earth Summit in Rio de Janeiro.

By then, all that will be left of the SDC is a static website housing the dozens of reports the commission produced in its lifetime.