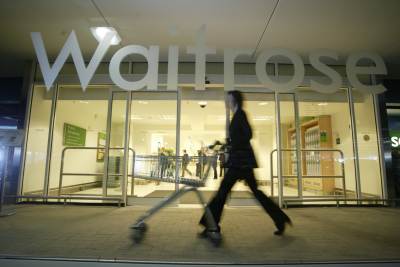 The John Lewis Partnership (JLP) is planning an ambitious and sector-leading move into wood chip-fuelled combined cooling heat and power (CCHP) to reduce its emissions, ENDS can reveal.

The company is preparing to install wood-chip CCHP plants in at least half of its 231 Waitrose supermarkets and 28 John Lewis department stores by 2020. The measure is the centrepiece of efforts to support a recently announced commitment to cut absolute carbon emissions by 2020 while doubling sales.

Subject to planning permission, the first wood-chip CCHP plant will be installed in a new Waitrose store in Cowes, on the Isle of Wight. The store opens in November as part of a development including 170 Barrett homes.

The CCHP plant would be operational in February and have an electrical capacity of 140 kilowatts, a cooling capacity of 300kw and a heat capacity of 500kw. It will supply all the store’s electricity and heat demand. Surplus heat will supply all of the heating and hot water need by the new houses. The wood chip fuel will be sourced on the island.

The CCHP plant, together with other improvements such as HFC-free refrigeration, will make the new Waitrose store net zero-carbon for its direct emissions, excluding transport.

JLP’s head of engineering Steve Isaia said that, subject to a successful trial at Cowes, further CCHP plants will be fitted at half of existing John Lewis stores and over half of existing Waitrose supermarkets by 2020. The programme excludes convenience stores, which are too small to utilise this approach.

The company says it is working with the Woodland Trust and farmers in its supply chain to provide further supplies of wood chips.

JLP’s commitment to wood-chip CCHP is unprecedented in the retail sector. In February, Tesco opened its first ‘zero-carbon’ store at Ramsey, Cambridgeshire, fitted with a CCHP plant fuelled by waste vegetable oil. Tesco has installed more than 100 CCHP units at its UK stores, but most are gas-fired (ENDS Report, February 2010).

The move into CCHP is designed to support a big reduction in emissions across JLP’s existing estate. The company is targeting a 40% improvement in emissions from existing stores by 2020 compared with 2009/10, it told ENDS.

This emissions cut, in turn, is designed to support a new target announced by JLP last year to cut its absolute emissions by 2020 while doubling sales. The company expects to announce a precise reduction target early next year.

The company is under growing pressure to improve its carbon performance. Its operational emissions have increased by almost 17% since 2001/02 – in 2009/10 they rose by 2%. Last year a study by analysts ENDS Carbon – which like the ENDS Report is owned by Haymarket – put JLP’s Waitrose chain well down the league table of supermarket emission reduction targets (ENDS Report, May 2009).

The task is complicated by JLP’s business growth plans: it expects to build 40 Waitrose every year from now to 2020 and by the end of 2010 John Lewis will have opened three "at home" stores, the success of this new store format will be reviewed in March 2011. That year will also see the opening of the John Lewis Stratford full line department store.

The implication of this is clear, said Mr Isaia: emissions from existing stores must be cut aggressively to allow room for business expansion, which must inevitably add some new emissions. “Every kilogram of carbon the new space requires has to come from the existing estate,” he said.

Overall, some 65% of JLP’s carbon footprint comes from electricity and gas used in its stores and 16% from losses of HFC-refrigerant gas. Transport accounts for 13% of emissions.