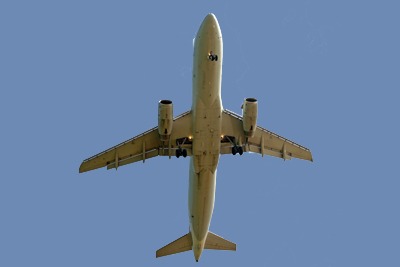 When airlines make a profit, they take millions; when they make a loss, they lose billions. Or so the adage goes. The sector as a whole seems set to flip from loss to profit this year. The International Air Transport Association expects airlines to post a $2.5bn profit in 2010, a dramatic turnaround from the $9.9bn lost in 2009.

Air travel in May, the month after the eruption of Iceland’s Eyjafjallajökull volcano disrupted air travel across Northern Europe, returned to pre-recession levels. Growth in passenger demand that month was 11.7% year-on-year, while freight was up by 34.3%.

The growth changes starkly by region, with Latin America enjoying 23.6% growth, then the Middle East and Africa (17.5% and 16.9% respectively), Asia-Pacific (13.2%), North America (10.9%) and Europe (8.3%). There is also evidence of fatter order books for new aircraft as carriers feel able to look again at medium- to long-term growth.

A good time to begin preparing for the aviation industry’s entry into the EU emissions trading scheme (EU ETS), it would seem. Already, airlines are gathering data to comply with the scheme and many have started devising strategies for a new source of price risk, from the carbon markets.

The CO2 emissions of the aviation sector will be included in the EU ETS from 1 January 2012 and operators of flights that either land or take off at an EU airport are covered, reg­ardless of where the airline is registered, although some de minimis exemptions apply. Airlines registered outside the EU are drawn in, with the biggest member state-by-proxy being the US. It has about 700 operators, mostly assigned to the UK as their competent authority for the purposes of the scheme.

The airlines covered will be allocated free EU aviation allowances (EUAAs). The total number of allowances (but not now they are shared between airlines) will be based on average emissions in 2004, 2005 and 2006. For the year 2012, aviation allowances are to be created equivalent to 97% of the baseline.

RDC Aviation, an independent consultant in aviation data, teamed up with Point Carbon to analyse the numbers behind the scheme. Calculating backwards using actual flight data and fuel burn-to-CO2 assumptions, we expect that some 174 million EUAAs will be created and issued to existing airlines for free in 2012.

A further 3% of the total allocation will be set aside for the new entrants reserve (NER). The NER will be open for new airline operators as well as existing operators who increase their emissions substantially. After the NER is taken out, another 15% will be held back for auction in 2012.

The level of free allocation does not imply an immovable cap on emissions. Rather, the industry would be able to emit 174 million tonnes of CO2 in 2012 without incurring any cost. Beyond that level, emissions are still allowed, provided that the operator of the flight in question procures credits to cover each extra tonne of CO2 it emits.

So from 2012, an airline will report its actual CO2 emissions, based on fuel burn, and submit an allowance for every tonne of CO2 it has emitted. To give an example, an airline is issued with 100 allowances for free. At the end of 2012, if finds that its emissions are 200 tonnes of CO2. This leaves a shortfall of 100 allowances. It must now procure 100 allowances: a combination of Kyoto credits or allowances from the existing EU scheme, or aviation allowances.

The European Commission will allocate allowances between airlines based on their market share in 2010. Since the start of the year, airlines are supposed to have monitored their revenue-tonne-kilometres (RTKs), measured as the weight of freight, passengers and baggage in tonnes, multiplied by the distance flown. The metric of RTK was chosen as a means of calculating market share by distance and weight (including both passengers and freight).

Allowances up in smoke

At the end of the year, the EC will add the RTKs and determine the proportion that each airline is responsible for. Its allocation of the free allowances will be in the same proportion, [so the biggest emitters get the most allowances]. This is where the eruption of Eyjafjallajökull bursts on to the scene.

The volcano led to a hiatus in air travel across western and northern Europe in particular. The reduction in travel in April 2010 means that some airlines saw their ‘normal’ RTK proportion reduced in relation to their competitors, so they will be allocated fewer allowances for free. Not only will they have to buy those they ‘lost’, the argument goes, but their competitors will be allocated more for free as a result.

Calculating the impact is difficult, even for the airlines, since they would have to have a good idea of their competitors’ movements, and payloads, and also how they were affected by the volcano. Airlines have complained to the commission that their share of RTKs is down. The EC responded that they would have seen extra flights and weight put on to bring home stranded passengers, so the net effect is minor.

RDC Aviation made some rough estimates of the volcano’s total effect on RTKs in April, based on published schedules for flights and dates that airports were closed. Where the actual data is not yet available it is based on assumptions and intended really just to put an idea of scale on the total impact for some airlines. Of the top 50 affected, around 13 would barely feel the impact or may even find their share of the RTKs rose for the month of April. The rest – 37 airlines – will have seen their share fall.

The ten worst affected, which we expect to include the likes of British Airways, Virgin Atlantic, Lufthansa, EasyJet, Air France, Finnair, Ryanair, SAS, Thomas Cook and United Airlines, may have lost as much as 145,000 free allowances that would instead be issued for free to competitors. With a price of €15 per allowance (as at time of writing), the loss is €2.2m between them, averaging €220,000 each. This is a rough guide with a wide margin of error, but it is clear that the direct effects of the volcano on airlines’ finances this year would have been far higher. While their concern is understandable, it is also seems unlikely the baseline year will be changed by the regulators for a competitive distortion on that scale.

To put it in context, we project that the EC will create a total of 211 million aviation allowances for 2012. That means 180 million (174 million plus a six million NER) may be allocated for free to existing airlines and new entrants or fast growers. We are expecting the sector to generate 255Mt of emissions in 2012, leaving a shortfall of 75Mt in that year alone. Assuming today’s price of €15, the total bill for the airlines would cover €1.1bn in one year.

The top 15 airlines by allocation account for 85% of the total cap. Of the 4,000 airlines currently on the list of those covered by the scheme, the vast majority will be allocated relatively few allowances. The top 15 airlines by allocation include four non-EU carriers, precisely because intercontinental flights are by nature further than most intra-EU flights and thus generate high RTKs, resulting in high allocations.

Six flag carriers for the larger EU member states (Lufthansa, Air France, British Airways, Iberia, KLM and Alitalia) are to be issued with the highest number of CO2 allowances. Following them are United Airlines and Virgin Atlantic, which come before the two largest low-cost carriers, Ryanair and EasyJet.

The low-cost airlines face large shortfalls. This is largely for two reasons: first, they are mostly planning for growth, so their 2012 emissions will likely be greater than their respective allocation based on 2010 traffic; and second, they do not carry any freight in the hold and do not fly long-haul, so their RTKs, which of course determine how many of the free allocated EUAAs they get, are proportionately lower than for the passenger airlines, which also carry freight.

It is also worth noting that the timing of the RTK submission this year almost could not be worse for US carriers, with the collapse in US–Europe traffic and freight meaning that they will probably fly fewer RTKs in 2010, the reporting year, than in the past three years. Returning to growth in 2011/12, which now looks to be on the cards, leaves them with an increased shortfall. Generally, the weak freight market in 2009 and 2010, followed by a return to growth in 2012, will mean passenger airlines that also carry freight face shortfalls relating to freight, as do dedicated cargo carriers.

Airlines could be forgiven for seeking to maximise their allowances wherever possible, including doing so as a result of the eruption of Eyjafjallajökull. The emissions trading scheme affects their competitiveness, but the allocation issue is the battleground for this year. As of next year it will move into the carbon market itself, when an airline’s ability to compete will depend on how well it goes on to manage its carbon price risk.