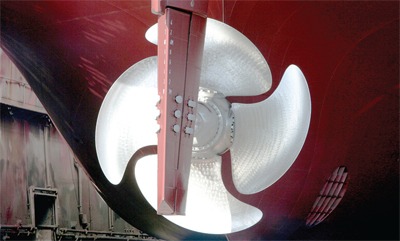 Much of the shipping industry has come round to favouring a global sectoral emissions agreement. But the International Maritime Organization (IMO) has been unable to secure a deal due to north-south disagreements (see main text).

International shipping emits 2.7% of global greenhouse gases, according to the IMO’s latest study. By 2050 its CO2 output is likely to grow by 150-250% under a business-as-usual scenario.

The International Chamber of Shipping (ICS) is trying to establish a consensus among members on market-based tools for controlling emissions. The main contenders are taxes on bunker fuels imposed at the point of sale or a cap-and-trade system.

Some shipping groups in Annex 1 countries are arguing for an emissions trading system linked to an international carbon market. They want Copenhagen to set emission limits and agree a cap-and-trade scheme in principle, with the details decided later via the IMO.

Revenues could be used to fund mitigation and adaptation measures in developing countries. But they want some funds directed to developing and deploying fuel-saving measures to move towards low-carbon shipping.

However, much of the industry remains equivocal about whether reducing overall emissions will be possible. The ICS says CO2 emissions per tonne-kilometre of cargo might be cut by 15-20% in the next 5-15 years through efficiency measures, but cautions it is “impossible to guarantee any absolute reduction… due to the projected (longer term) growth in demand”.

If sea freight continues to grow as it has in recent decades, even a 20% cut in CO2 per tonne-kilometre over a decade would not stop  emissions rising.

At its last meeting before Copenhagen in July it decided only to disseminate information on energy-efficiency measures and benchmarks, while agreeing a work plan. It left discussion of market-based mechanisms to tackle carbon emissions until its meeting next spring.

But the MEPC’s work points the way for improvements in hull, engine and screw design, waste heat recovery, and air lubrication to reduce drag on the hull. Even the wind could again have a role in moving ships, using giant kites or aerofoil sails. Mandatory energy efficiency standards for new ships may be feasible, it finds, but would have a slow impact because of the low replacement rates for ships which last some 30 years.

If the IMO cannot secure a sectoral emissions agreement, the EU may carry out a long-standing threat to include shipping in the EU emissions trading scheme.

British Shipping’s head of technical Rob Ashdown says pressure for an emissions agreement is also growing in Australia, New Zealand and the US. It is possible the industry will face a patchwork of regional schemes – a far worse outcome than one global scheme, he says.

The COP 15 climate summit in Copenhagen

We have an exciting opportunity for you to join our team at our head office in Warrington, you will establish the long term plans to secure water quality for future generations in the North West.

If you are an organised, conscientious, hardworking individual, who works well as part of a team and is passionate about making a difference for the environment, then we’ve got the job for you!