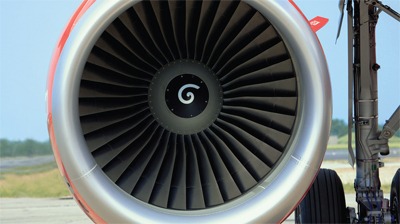 Aviation is responsible for about 2% of global CO2 emissions, and rising, according to the International Air Transport Association (IATA) representing most of the word’s airlines. The UK government’s Committee on Climate Change has warned that if unchecked, aviation could account for 15-20% of the global total by 2050.

But the UN body regulating aviation, the International Civil Aviation Organisation (ICAO) has been unable to reach a deal on controlling emissions. Its last meeting in Montreal in October merely reaffirmed its limited ambition to improve aircraft fuel efficiency by 2% per year from 2009 to 2020 and to set a “global aspirational fuel efficiency improvement rate” of 2% per year in the longer term.

Given historic growth rates for aviation, this would not even begin to reduce emissions. In an industry which has boosted its fuel efficiency by 16% over the last seven years, 2% per annum is merely business as usual. But the ICAO does at least recognise these savings are “unlikely to deliver the level of reduction necessary to stabilise and then reduce aviation’s… contribution to climate change”.

ICAO spokesman Denis Chagnon said the body had committed to developing “a framework for market-based measures”.

Meanwhile, the industry body IATA is proposing only a sectoral 1.5% improvement in fuel efficiency per year up to 2020, and then a cap on emissions. It says technological innovation, improved operation and infrastructure, may keep emissions at 2005 levels in 2020. After that it advocates carbon trading across the sector which might cost airlines $7bn a year by 2025.

But the only aviation body that advocates a speedy international emissions reduction plan for the sector is the Aviation Global Deal Group (AGD), comprising Air France KLM, British Airways, BAA and Virgin Atlantic among others (ENDS Report 413, p 51).

But airlines would rely heavily on buying carbon credits from other sectors. The AGD group envisages aviation emissions trading from 2013, integrated into global carbon markets with revenues used to fund mitigation and adaptation measures in developing countries. Like shipping, the industry also wants some funds to be spent on accelerating its emissions reduction performance.

Both IATA and ICAO fear that in the absence of a global agreement on aviation emissions, a patchwork of regional and national controls on aircraft carbon will start to spread.  Quentin Browell, IATA’s assistant director of environment, said the airlines wanted  “ a decision on a global central approach...to be developed during 2010 and then put before ICAO.”

The first such  system is the EU emissions trading scheme  which airlines operating flights to or from the EU must  join in 2012. Many operators, particularly those from the US, are unwilling (ENDS Report 416, pp 45-46).

One of the industry’s hopes is that if a global sectoral agreement does materialise, the EU will incorporate its own plans into it and divert funds raised into a central pot.

The COP 15 climate summit in Copenhagen