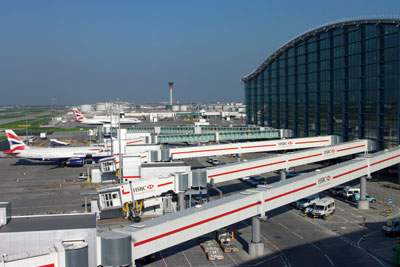 In January 2012, the aviation sector will be added to the EU emissions trading scheme (EU ETS). But levels of preparedness among airlines and EU member states vary a lot. Many parts of the industry are far from ready for the scheme’s launch.

Doubts also remain about the effectiveness of a scheme that will only reduce emissions by an estimated 4% relative to business-as-usual scenarios between 2012-2020.

Bill Hemmings, programme manager for European sustainable transport NGO Transport and Environment (T&E), told ENDS: “A lot of the environmental groups said the scheme needs to go much further.” In particular he thinks the quantity of carbon allowances allocated to aviation should be reduced each year instead of remaining fixed.

The EU ETS will require airlines with flights landing or taking off from EU airports to surrender EU carbon allowances (EUAs) equal to the CO2 emissions of each flight.

While airlines will be given most EUAs free, they will have to buy some through auctions with the money raised going to member states. The European Commission expects governments to channel the revenues into climate mitigation measures, but it is long-standing UK government policy that EU ETS auction receipts go into general exchequer funds.

In 2009, the commission assigned civil aircraft operators to individual member states for regulation. For EU-based airlines, this was done on the basis of where they are registered.

Non-European airlines are allocated depending on which European country has the greatest share of the airline’s CO2 emissions.

Heathrow’s position (pictured) as a leading global hub meant carriers such as Qantas, Continental and Emirates were assigned to the UK for regulation.

Across the EU, the entire industry will be allocated EUAs based on the average of total aviation emissions in 2004, 2005 and 2006 – the baseline. The commission was due to publish this figure in August 2009, but this was delayed to allow for “methodological improvements”. It now says it will be announced by the end of the year.

Some 85% of these allowances will be free. Operators will buy the remaining 15% from member states at auction. Any further EUAs must be bought from other operators, or UN-certified international carbon offsets can be purchased.

A 2009 Carbon Trust report argued that aircraft operators were likely to pass on the costs of EUAs to passengers in increased fares, despite most of them being free of charge (ENDS Report 419, pp 10-11).

In the build up to January 2012, there have been three particularly significant deadlines for operators in the UK. The first was 12 November 2009, postponed from 31 August. By this deadline, the 891 operators allocated to the UK by the commission – most of them with very few aircraft – had to submit plans outlining how they would monitor their CO2 emissions each year.

However, Haydn Jones, emissions trading manager at the Environment Agency, the scheme’s UK regulator, told ENDS it has only received about 430 of these plans. Some 200 operators have been exempted because they do not meet the criteria, but a further 300 have not been in contact.

Mr Jones pointed out that this is more of a regulatory challenge than a concern over unaccounted for emissions. The 430 operators “captured” represent over 99% of aviation emissions attributed to the UK and includes all the major airlines – it is only small operators’ plans that are missing.

He also pointed out that rather than focus on enforcement action at this point, the agency’s priority until the scheme begins is to help operators meet their obligations.

Once the next major deadline passes in March next year, the agency will use European air traffic control data to track down non-complying operators, and take enforcement action then.

The other key date, 31 March 2011, incorporates two deadlines. The first is voluntary: if operators want to receive their free EUA allowance, they must submit ‘benchmarking’ reports by this date.

These set out their total freight and passenger mileages to and from the EU in 2010, and are used to decide what share of the free allowances they receive relative to other operators. The second is compulsory, requiring operators to submit their 2010 CO2 emissions, which must have been verified by an approved body, to the agency.

However, Sunil Chadha, programme and compliance manager at British Airways (BA), told ENDS that many operators are struggling to find accredited verifiers due to a bottle-neck in the process.

The United Kingdom Accreditation Service (UKAS), the independent body responsible for accrediting verifiers, has only six accredited companies listed on its website.

Considering that the agency is responsible for regulating hundreds of operators in England and Wales, it is “strongly encouraging” them to engage verifiers now.

Mr Jones recognised that getting enough accredited auditors in place is a challenge, but was confident this will happen.

He drew comfort from the experience of enlisting emitters into phase I of the EU ETS, running from 2005 to 2007. “Although it was admittedly a bit late in the day, it was all up and running on time,” he told ENDS.

“Once you fall below the major airlines, levels of preparedness quickly fall off. In many cases you’ll find a level of denial, an attitude of ‘I’ll follow when I have to’, and in some cases, pure ignorance.”

This, he says, has created a market for “extraordinarily” expensive EU ETS consultants to help manage it all.

Mr Chadha said preparing for the aviation EU ETS had been complex and resource intensive, even for a large airline such as BA.

There is also considerable variation in the preparedness of member states.

The commission says Cyprus, Estonia, France, Hungary, Greece, Poland and Slovakia have yet to apply the 2008 directive which brings aviation into the EU ETS.

An official said the commission will “pursue every measure in its power” to make countries comply.

Mr Hemmings from T&E told ENDS he was fairly optimistic despite poor implementation by some member states. “There are plenty of people running around sowing doubt because they don’t want the scheme to succeed.”

He added that while the administrative burden was large, “high capacity” countries such as the UK were taking the brunt of it. “If some of the smaller states haven’t got all their ducks in a row yet, it doesn’t mean the whole scheme is going to collapse.”

However, only the French, German and UK accreditation bodies (Confrac, DAkkS and UKAS respectively) have so far published lists of accredited verifiers.

Mr Hind told ENDS that Poland has not even nominated a national regulator yet, let alone a list of verifiers. This raises questions as to how operators assigned to some states can meet the March deadline.

But the agency does not accept this is the case in the UK. “Each company has to be accredited for the specific sector that it applies to act for, and UKAS standards are pretty high,” said Mr Jones.

While individual airlines are due to be assigned free EUAs according to their freight and passenger miles, Iceland’s Eyjafjallajokull volcano caused widespread disruptions to air travel in north-west Europe in April this year. The eruption affected some operators and regions more than others.

According to RDC Aviation’s figures, the UK’s emissions fell by about 4%. Ireland was considerably more affected, with a fall of 15.5%. As 2010 is the benchmarking year, airlines are perversely encouraged to maximise their share of emissions.

Companies such as BA and Lufthansa, Europe’s two highest emitting airlines, are making strong representations to both EU- and UK-based government agencies on adjustments for the distortions caused by the volcano. They are arguing that while they will get fewer free EUAs, their competitors will get more.

An industry-wide view was needed on this, said Mr Chadha at BA, which along with numerous other operators, is lobbying the International Air Transport Authority (IATA) to that effect.

Meanwhile, international opposition to the inclusion of aviation in the EU ETS is still strong.

The aspirational emissions agreement reached at the 37th Assembly of the International Civil Aviation Organisation last month failed to disengage three US airlines from legal action against the UK energy and climate secretary over Europe’s scheme (ENDS Report 429, p 29).