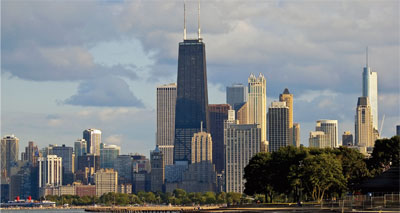 Despite the gloomy mood engendered by the recession and the disappointments of last December’s Copenhagen climate summit, voluntary offsetting is still a live proposition. Although the wider carbon market has suffered what the World Bank described this spring as its “most challenging year to date”, the voluntary purchase of carbon by businesses and other organisations is surviving and finding new ways to prove its value.

Undoubtedly, the general mood has forced more prudent use, culled inferior projects and driven new approaches. But this may also be part of the sector’s natural evolution, reflecting voluntary buyers’ need to derive tangible benefit from their purchases.

Measuring the scale of voluntary offsetting is extremely difficult because offsetters do not just buy voluntary offsets but also can and purchase credits created through regulatory frameworks such as the European Allowance Units and UN Clean Development Mechanism (CDM) certified emission reductions (CERs).

In the regulated offset markets, however, activity from such buyers is dwarfed by the millions of compliance-driven transactions and so any voluntary signal is virtually impossible to detect.

According to the World Bank’s annual review State and Trends of the Carbon Market 2010, regulated carbon markets struggled in 2009 and particularly the UN CDM, which oversees the generation of project-based carbon credits in developing countries. Primary CDM credit volumes almost halved over 12 months, the World Bank reported.

Things have worsened for the CDM in 2010, especially since the summer, because a row over the environmental integrity of CDM credits produced through hydrofluoro­carbon destruction projects has blown up into a major crisis.

The CDM Executive Board is now inv­estigating allegations that HFC project operators have been gaming the system by producing HFC-23 simply or mainly to destroy it again and thus earn themselves carbon credits. The EU has responded by threatening them with “qualitative restrictions” on CERs allowed into the EU emissions trading system.

Meanwhile, a row between the CDM Exe­cutive Board and the auditors who check that CDM projects are delivering real carbon reductions has escalated into a potential threat to the scheme’s very existence. After repeatedly having to suspend auditors owing to irregularities in their practices, the Executive Board has suggested it will impose liability on them. The auditors have responded by threatening to walk away from the scheme.

Clearer pointers to voluntary offsetting – and not many are clear – can be found by looking at developments in the market for voluntary offsets. These credits are called voluntary emission reductions (VERs), since they can only be bought by voluntary and (in the US) pre-compliance purchasers.

This spring, Ecosystem Marketplace Bloomberg New Energy Finance (EMBNEF) issued its annual review of the voluntary offset market, and reported a staggering fall of nearly 50% in value from 2008 to 2009. However, there were special factors.

Accounting for about half of all voluntary market transactions up to 2009, and hardest hit, was the Chicago Climate Exchange (CCX). This is a voluntary greenhouse gas trading programme run by a group of US businesses.

CCX trading activity fell by one third to 47 million tonnes of carbon dioxide equivalent in 2009, according to the EMBNEF report. Since late 2009, however, the scheme has gone into freefall. The value of CCX credits – known as CFIs – collapsed to virtually zero towards the end of last year. They are continuing to languish at just a few cents, and trading volumes have virtually dried up according to media reports. This spring, CCX was bought by Intercontinental Exchange Inc, and then in August announced cutbacks to the scheme and staff layoffs.

However, what has been dubbed the “great collapse” of CCX is an inaccurate indicator of the state of voluntary offsetting, especially outside the US. The scheme was set up in anticipation of a mandatory US national cap-and-trade scheme. This has, of course, simply failed to materialise.

Up to two or three years ago there was sig­nificant interest in CFIs from voluntary buyers beyond the CCX membership. But CFIs became discredited as a general purpose offset due to serious concerns that they could not guarantee actual emission reductions.

Bringing us closer to the real voluntary offsetting market is the other half of market activity tracked by EMBNEF – bilateral, or ‘over the counter’ (OTC) trade.

The OTC portion of the voluntary offset market has distinct segments driven by ‘pure’ voluntary and pre-compliance buyers respectively. Pre-compliance buying is almost wholly concentrated in the US, where various VER standards have been mooted to be acceptable under future national cap-and-trade legislation. Although the prospects of early US legislation seem to be dimming, offset providers continue to report healthy trades in pre-compliance markets and state-level or regional schemes are still picking up in intensity.

OTC trading volume and value is still not by itself an accurate measure of voluntary offsetting because it measures transactions. These do not in themselves reduce carbon. Only retirement of credits, so that they are cancelled and cannot be used or counted again, achieves this.

The EMBNEF report also tracks retirement, and here at last we find signs of stability amid the wider market declines. Based on a survey, the report finds robust evidence that 11.7MtCO2e were retired by voluntary buyers in 2009.

This is down from 14.2MtCO2e definitely tracked in 2008. However, taking into account other survey-based information it concludes that both figures are underestimated and suggests that the more likely total of voluntary offsets retired in 2009 was as much as 24MtCO2e, a new record high and 20% above the retirement volume in 2008 (see figure 1). 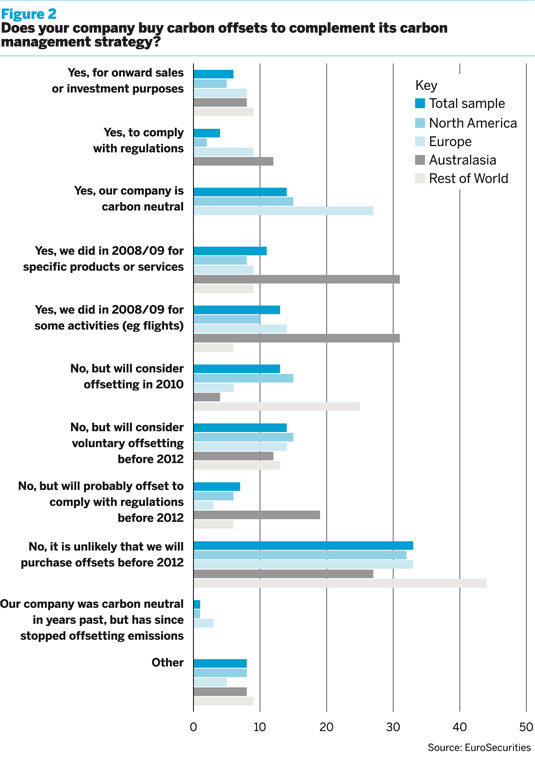 This finding is supported by anecdotal evidence, with an EcoSecurities annual survey in 2009 showing a very small number having stopped offsetting, despite expectations to the contrary (see figure 2).

On the other hand, EcoSecurities chose its survey sample itself. Set against its optimism is the fact that every carbon offset supplier has anecdotes about organisations that previously offset emissions but have now stopped doing so. In general, none of these former offsetters wants to talk publicly about its decision. It is hard even to identify many of them.

Nevertheless, it is clear that a real or perceived lack of environmental integrity for carbon offset credits has been a key factor in this. In response, the voluntary offset supply market has stepped up its efforts to demonstrate quality through standards. It is to this theme that we turn next.

Would you like the challenge of helping us help others? We are looking for an environment adviser to join a small team based in the UK.

This is an exciting opportunity to undertake a varied role delivering the multifunctional remit across environment management, agriculture, fisheries, conservation or biodiversity for the Environment Team.