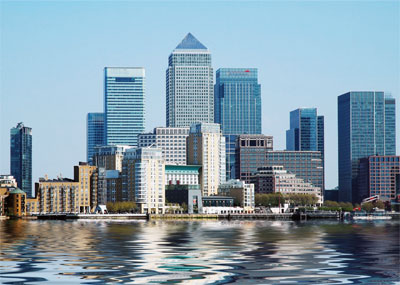 With total ‘over the counter’ volumes and value falling significantly in 2009, the rise in pre-compliance opportunities and the growth of new regions, the voluntary carbon map is being redrawn. Sellers are doing their best to hang on to customers, provide more for less and diversify into pre-compliance. Financiers have continued to stake a claim in the sector, but retrenchments show their investments will not pay immediate dividends. Patterns of supply are changing, with Asia no longer dominating and hope for progress in Africa.

The year has seen downward pressure on price, which has influenced the credit types supplied. Voluntary Carbon Stan­dard (VCS)-accredited credits – called VCUs – proved most popular, and retailed at an average of $4.70 per tonne CO2 in 2009, according to the latest Ecosystem Marketplace and Bloomberg New Energy Finance (EMBNEF) report.

Many buyers are still prepared to pay a premium for offsets with sustainable development co-benefits, and consequently Gold Standard (GS) credits retailed at an average of $11.1/t CO2, more than double the VCU price. Wholesaler Climate Bridge and retailers the CarbonNeutral Company and Carbon Clear all sold more than nine voluntary emission reductions (VERs) for every GS credit. This buyers’ market meant businesses had more bang for their buck and did not reduce their individual portfolios.

Many suppliers are keeping an open mind about offering compliance or voluntary offsets, and some provide integrated services along the value chain. This traditionally extends from project development (that is the implementer of the technology or forestry on the ground and primary administrator of credits), through aggregation and whole­saling (bundling up credits and selling them on), to retailing (selling and ensuring retirement of credits) and affiliated carbon services (such as carbon footprinting, reduc­tion and communication).

With the growth in pre-compliance markets in the US and potential for mammoth demand under the UN Clean Development Mechanism (CDM), some developers are switching attention from ‘boutique’ voluntary to compliance markets. Climate Bridge, in its position as project developer and wholesaler, is a good barometer for the whole sector. It reported similar total demand in 2009 to 2008 (three million tonnes CO2). However, clients, including large emitters and offset retailers, now bought for voluntary and pre-compliance reasons in similar proportions, representing a rise in voluntary credits.

Camco is particularly active in the US market, and has recently acquired a portfolio of waste-to-energy and landfill gas projects that will provide an estimated 100,000 tonnes of credits per year. Chief carbon officer Yariv Cohen explained that uncertainties are driving demand: “There is a shortage of project supply, caused by a lack of quality projects and uncertainty about the future. As a result, clients are worried they will be exposed in future as regulations are passed.” Potential buyers include oil and gas firms. 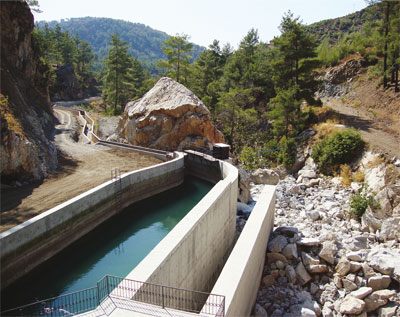 Other providers are strengthening their carbon services to add value to client propositions, such as Carbon Clear, which offers emission reduction and compliance advice. Managing director Jamal Gore explained: “It’s important in this day and age to offer this breadth of service. Showing cost savings has helped us retain customers and win business. We like to show continual improvement and develop long-term relationships.” Copenhagen Carbon Management is another offset provider that now generates most revenue from consultancy.

Major banks and financial sector com­panies have continued to gain a toehold in the market, which some think will soon be the world’s largest (see box). Barclays bought Tricorona, JP Morgan bought EcoSecurities and Goldman Sachs has been spending big on carbon. On the other hand, this long-term strategising in the current business climate has come at a cost. EcoSecurities closed its New York office, staff have been laid off at the Chicago Climate Exchange and Morgan Stanley is looking to offload its exposure in MGM.

South Pole Carbon is the biggest developer of GS projects but has a large VCS and CDM portfolio too. Chief financial officer Christoph Grobbel explains the shift this is causing in the market, to his company’s benefit: “As a good part of our competitors on the project development side have been bought by banks and they hardly ever have the structures to sell voluntary credits, there are not many large competitors left on the VER side. If somebody wants to buy larger amounts of VERs directly from a developer without intermediaries, it is extremely likely they will end up buying from us directly, via brokers or via retailers.”

However, others have their tails up and are responding to a rise in demand from new regions. Climate Care continues to develop innovative GS projects. Wholesaler Climate Bridge is encouraged by the growth in Brazil. Camco has seen a pick-up in demand for sales to African buyers, including hotels and telecoms providers. The CarbonNeutral Company has opened an office in Singapore and has a new Chilean client. Many European firms have also established practices in the world’s largest emitter, China, where emissions have tripled in 20 years to 7.4 billion tonnes of CO2 in 2009.

But Asia is not dominating credit supply as it once did, according to the EMBNEF report. Taking the US out of the picture, with its large proportion of pre-compliance credits, there is a startling turnaround. Sup­ply from South America rose to 36% of the total in 2009, making it the largest supplier, while Asia dropped to second place with 27%. This change reflects, in particular, Brazil and Mexico’s development trajectory and progress in carbon finance. Turkey is also a growing source of credits for the European market, providing 11% of non-compliance voluntary supply. It is an ‘advanced developing country’, sufficiently progressed to adapt to energy-efficient industry and renewables, yet not eligible for the CDM.

Supply does not yet mirror demand, however, particularly the enduring appeal to Europeans of Africa. The continent provided only 5% of non-pre-compliance credits in 2009, a similar proportion to Canada. Sascha Lafeld of First Climate explained the difficulty in project development on the continent: “Africa is not industrialised. Take Tanzania for example; its electricity grid is already carbon-neutral, as it is generated from hydro. This means there is limited potential for offset projects. Also, as Africa’s certified and voluntary emission reduction infrastructure is undeveloped, it can sometimes be cumbersome to do business there.”

However, there is hope for more projects from lesser developed countries and regions such as those in Africa, albeit at a premium. GS chief executive Adrian Rimmer sees its role as “bringing sustainability through carbon finance” and “addressing the biggest market failure of all, in Sub-Saharan Africa”. The standard considers Africa to be a big growth area, and it hopes its micro-scale methodology, for projects under 5,000tCO2, will help bring smaller projects to the carbon markets. It is also considering ways to overcome “suppressed demand” for energy in least-developed countries by supporting low-carbon infrastructure growth as their economies expand.

Much of the remaining potential in developing African, American and Asian countries lies in forestry. According to a document published by EcoSecurities in May 2010, the Forest Carbon Offsetting Report, the image of forestry offsets is improving.Nearly eight out of ten respondents had a “positive” or “very positive” attitude. European interest has more than doubled. A number of notable forestry projects were approved recently, fuelling this trend (see boxes on interest groups and projects and pipelines).

The views are largely representative of well-established players, whose voluntary market businesses are at worst ticking over or at best growing – despite the recession and a number of pinch points in supply. When asked to take a step back and consider the voluntary market from a wider perspective, the future comes into a different focus. It is to this that we will turn next.