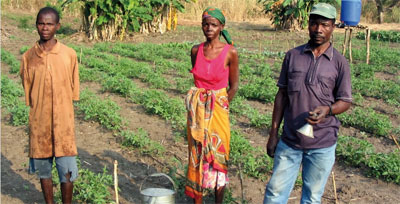 Voluntary Carbon Standard (VCS): has approved its first two methodologies for projects in agriculture, forestry and other land use (AFOLU), including Reduced Emissions from Deforestation and Degradation (REDD). VCS now has more than 20 project methodologies in the pipeline. Its Methodology Approval Process is preparing better guidance and financial incentives for participants. In April 2010, a mechanism was also proposed to compensate methodology developers when others use their work. Updated programme and standard documentation will be available early in 2011 taking user feedback into account.

Plan Vivo: is validating REDD+ projects in Cameroon and Ethiopia (expected early 2011), and has others in the pipeline in Senegal, Nepal, Mexico and Kenya. By the end of the 2010 project cycles, the standard expects to have issued at least 830,000 Plan Vivo Certificates (tCO2).

Climate Action Reserve (CAR): version 3.2 of the Forest Project Protocol was adopted in September, covering reforestation, improved forest management and avoided conversion projects across the US. The five states that registered most credits under the standard were, in descending order, Arkansas, California, New York, Texas and Alabama. Projects included hydrofluorocarbon destruction, methane capture and forestry.

American Carbon Registry (ACR): currently has methodologies for REDD Avoided Planned Deforestation and for reducing emissions through changes in fertiliser management (the first such in the US) under scientific peer review for publication in 2010. Its Avoided Unplanned Deforestation methodology is scheduled for final approval early in 2011, with methodologies for managing wetlands, international peatlands and grassland in development. Since 2005, ACR has issued more than 30 million tonnes of CO2 credits for a wide range of clean technology and AFOLU projects from US and overseas projects.

Markit: has introduced functionality to list and track credits. It is involved in setting up a REDD registry for Amazonian forestry credits in Brazil and a voluntary one in Ireland. It’s also allied with seller Carbon Advice Group Plc.