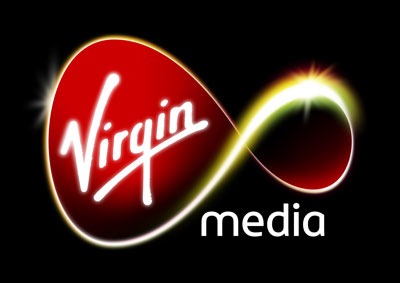 Virgin Media’s latest sustainability report shows plenty of room for the firm to improve its performance, according to ENDS Report’s analysis.

Virgin supplies television, internet, mobile and fixed-line phone services to almost eight million customers in UK. It is a comparative newcomer to sustainability reporting, publishing its first report in 2008. BT has been reporting its environmental impacts since 1992.

Virgin Media’s latest report, published just before Christmas, has changed from a traditional document to a web-based, multi-media format. Virgin says this approach is much more suitable for a digital technology company. It enables it to engage with its customers and stakeholders more frequently and in a variety of “accessible” and “fun” ways including video and social media such as Twitter. Virgin says it has received positive feedback from stakeholders.

However, professionals attempting to assess Virgin’s performance would probably prefer a single document with a comprehensive discussion of the company’s strategy for dealing with its impacts, supported by data and case study evidence.

Transport, for instance is largely dealt with through a video little more than two minutes long containing soundbites from Virgin staff. It says the company has invested in six new aerodynamic lorries which use 10-20% less fuel.

Virgin discloses that its biggest environmental impact is the electricity used to power network equipment to provide its TV, internet and phone services. Although it provides a table of carbon emissions data, some charts would help illustrate its performance more clearly.

In 2009, the latest year for which data is reported, Virgin’s carbon operational footprint was 313,287 tonnes of carbon dioxide. More than 90% of this was from electricity consumption. The remainder is from company vehicles, back-up diesel generators and gas heating.

Virgin says customers’ use of its products and sources such as employee air travel released a further 497,808tCO2 in 2009. The biggest impact is television set-top boxes which account for 73% of these emissions. Broadband modems account for 22%.

Virgin Media’s total operational carbon emissions increased by 4.9% between 2007 and 2009, but its website does not say why emissions are growing.

Virgin told ENDS that its absolute emissions increased due to it offering more TV services and faster broadband internet speeds. It says it is confident that data for 2010 will show a fall in energy consumption as a result of measures to improve efficiency in its data centre, offices and network equipment.

Virgin presents its approach to energy management in the form of a brief, written set of questions to and answers from its head of energy. Duncan Cockburn says measures to achieve its 2015 target are still under development. He says Virgin has “loads of projects” to improve energy efficiency in the short term, and mentions two: Improving heat recovery and air conditioning at Virgin’s site in Poole, Dorset, and upgrading lighting at its site in Wythenshawe, Manchester.

In contrast, companies such as Vodafone and Sky have set out well developed strategies to reduce their carbon emissions (ENDS Reports, December 2008 and September 2010).

Mr Cockburn says Virgin buys 80% of its electricity from renewable sources under a green tariff, but government guidance means companies cannot claim emissions reductions because they are already being claimed by energy companies. Nevertheless, it is planning to increase its green tariff supply to 100% by August this year (ENDS Report, June 2010).

Electronic waste is Virgin’s next most significant impact. It had a target to recycle 25% of its total waste by 2010 at sites with recycling facilities. But while Virgin reports tonnages of waste reused and recycled, it does not report the data as a proportion of its total waste, making it impossible to judge progress.

In 2009, Virgin recycled 1.2 million set-top boxes and 200,000 mobile phones. But the company does not make it clear to what extent this goes beyond its legal obligation under the Waste Electrical and Electronic Equipment Directive.

Virgin acknowledges its performance on waste management “hasn’t been brilliant” but that it is committed to improving.

Virgin recognises its broader role in helping society become more sustainable. In another video, experts discuss the benefits of digital technology including providing access to information and enabling people across the world to communicate and collaborate. One example given is that patients could consult their doctor via video-conference using their home computer rather than travelling to a surgery.

However, Virgin has yet to produce convincing evidence that the benefits outweigh the costs, for instance, from the technology’s ever-increasing energy demands.

In contrast, firms like Vodafone have conducted research into the business opportunities of using digital technology to cut carbon emissions (ENDS Report, September 2009).

Sky moves towards its intensity goal