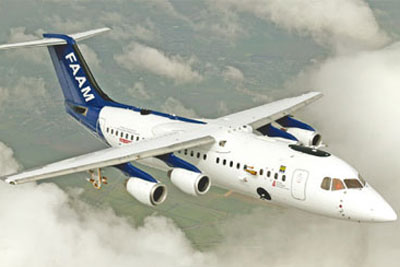 UK emissions of nitrous oxide (N2O) could be three-times higher than the level reported in official greenhouse gas statistics, recently published research suggests. Emissions of methane (CH4) may also be underestimated by around 50%.

Farming is responsible for much of the UK’s emissions of N2O and CH4 through ruminant digestive systems and soil supplemented with nitrogen in fertiliser or manure (ENDS Report 428, pp 38-42). These emissions are hard to measure and at present are paper estimates based on the number of livestock and area of land with fertiliser applied, rather than actual measurements of emissions in the environment.

“Inventories are a policy tool not based on environmental measurements,” said Professor Richard Derwent, a government adviser and former Met Office scientist. He was not surprised by the apparent discrepancy.

Early efforts to make that connection are under way by groups of scientists around the world. A team including University of Edinburgh geoscientist Debbie Polson, the Met Office and others published emissions verification results in the January issue of Atmospheric Environment.1

They collected air samples during 17 flights around the UK in 2005 and 2006. Samples were taken once a minute on a route tracking the west coast to collect background air arriving in the UK from the Atlantic. The route continued around the south and east coasts, to collect downwind air which included greenhouse gases added by UK sources.

The enhanced level of greenhouse gases was then used to derive total UK emissions and their regional spread.

For carbon monoxide and carbon dioxide, the researchers found emissions derived from their measurements were “remarkably consistent” with figures reported in the official UK inventory.

This gave them confidence that their method was accurate, and that the inventories for CO and CO2 are reasonable.

But for CH4 and N2O their results differed markedly from reported emissions. They estimated annual CH4 emissions equivalent to 74 million tonnes of carbon dioxide, whereas the UK inventory for that year reported 50MtCO2e. The authors estimated annual N2O emissions of 155MtCO2e compared to just 40MtCO2e in the inventory.

“The results for N2O and CH4 suggest that the current inventory emissions may underestimate the actual emissions,” the authors write. They caution that their results are subject to various uncertainties.

A key question is whether the data collected during 17 summer flights is representative of emissions over a whole year. Emissions of N2O are particularly variable, depending on whether fertiliser has been recently applied to farmland, and on the temperature and moisture content of soils.

The authors say additional observation flights covering the whole year would be needed to confirm their findings, although other research would also tend to suggest inventories contain underestimates.

The UK inventory includes a discussion of the uncertainty in reported emissions. For CH4 emissions in 2008 the uncertainty is estimated to be 23%. For N2O it is much larger, at 252%. The inventory states this is due to the diverse nature of N2O sources and because “few data are available”.

With this level of uncertainty, reported N2O emissions could be as low as 10MtCO2e or as high as 97MtCO2e. The latter figure is still below the level suggested by Dr Polson’s work.

The inventory also reports efforts to verify UK emissions using data collected at Mace Head research station in Ireland. The match between observations and the inventory is poor for CH4: Mace Head data does not corroborate the reduction in emissions since the early 1990s reported in official submissions.

The match for N2O emissions is much better, including the fall in emissions expected in 1999 after abatement technology was added at the major Du Pont nylon plant at Teeside in the north east.

The lack of an international programme to verify greenhouse gas inventory reports is surprising given the importance attached to the success or failure of efforts to reduce emissions and the political capital invested in the commitment to targets for reduction.

Verification is possible. The nuclear Comprehensive Test Ban Treaty is policed by a network of ground-based measurement stations to locate and quantify radioactive releases.