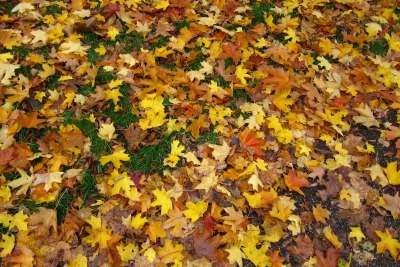 Heritage forests could be gifted to charities while commercially valuable areas would be leased to private operators, under proposals for the public forest estate in England unveiled today (27 January).

The plans published for consultation by the environment department (DEFRA), end months of speculation over the future of land owned by Forestry Commission England.

The government wants to end what it perceives as the anomaly, whereby the Forestry Commission is both regulator and the major player in the industry. Its vision is one of a slimmed-down body which concentrates on regulation, research and advice.

It also wants to push forward its ‘big society’ agenda by encouraging community and civil society involvement. As well as handing charities heritage areas like the New Forest and Forest of Dean, a portion of public forest will be offered for community purchase at market prices. If communities are unable to find the estimated £50m valuation, this land too will be offered for lease to commercial enterprises.

In financial terms, the only certain beneficiaries of DEFRA’s proposals would be land agents, who would earn an estimated 5% fee on transfer of the 258,000 hectares of forest that could potentially change hands.

Government receipts of up to £300m from sale and leases are likely to be wiped out in the long term. Woodland grant payments for forest management would be expected to rise by £12m per year, although this could be offset by granting fewer payments for woodland creation. An additional £12m/year would be required to continue provision of public goods at existing levels.

The Forestry Commission would face the cost of managing leases and its 1,200 staff will be reduced as 80% are presently occupied in forest management.

Potentially significant redundancy payouts and lost revenue due to the favourable tax status of forests are not included in the government’s impact assessment. This nevertheless shows a negative net present value for all of the options presented, with costs across government, business and charities exceeding the benefits.

The proposals are in addition to the sale of 15% of the public forest estate, around 40,000 hectares, announced last year (ENDS Report, December 2010). Lawyers have advised government this is the maximum amount which could be sold under current rules. Criteria for the sale were also published today, although they lack detail.

Changes to the ownership of the remaining 85% are reliant on successful passage of the controversial Public Bodies Bill (ENDS Report, November 2010). This would give government sweeping powers to alter the remit of the Forestry Commission or change forest ownership.

Government will introduce amendments to the Bill to safeguard recreational and biodiversity benefits of forests on transfer of ownership, environment secretary Caroline Spelman said in a written statement.

It wants to lease large commercially valuable forests rather than sell them outright, so that conditions can be stipulated. This could include managing forest to the Woodland Assurance Standard or maintaining current levels of public access, DEFRA says. Up to 130,000ha could be leased in this way; much of this currently generates a profit for the Forestry Commission.

Up to 80,000ha of so-called heritage areas could be handed to charities to be managed for the public benefit. They could apply for funding under the England Woodland Grant Scheme, but would be expected to reduce reliance on government money over time.

The impact assessment notes these areas have limited potential for income generation.

Other risks and concerns noted in the assessment include that expected lease prices might not be realised with government conditions attached. Costs to government for the provision of public goods might be larger than currently made via the Forestry Commission, it says, because of diseconomies of scale and the need for companies to turn a profit rather than simply break even.

In a statement, RSPB said it was concerned the correct safeguards are not yet in place. “Worthy intentions” are at risk of being undermined by the sweeping provisions of the Public Bodies Bill, it said.

The government’s overall approach to forestry in England will be set out in the forthcoming natural environment white paper (ENDS Report, January 2011).

The consultation on the future of the public forest estate ends on 21 April.

Falling rates of UK tree planting must be reversed to fight climate change, the Committee on Climate Change has advised. Meanwhile, plans to sell some public forest are taking shape.