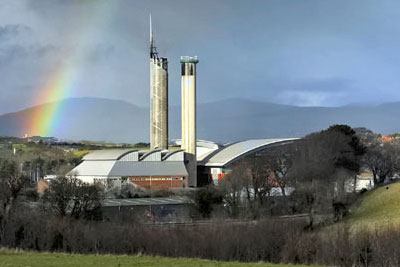 National policy statements (NPSs), intended to streamline the planning process for strategically important energy infrastructure, could lead to a dash-for-gas comparable to that of the 1990s, MPs have warned.

In its report into the revised suite of six draft energy NPSs published for consultation in October 2010 (ENDS Report, October 2010), the House of Commons Energy and Climate Change Committee highlights a lack of coordination between the statements and the UK’s binding five year carbon budgets under the Climate Change Act 2008.1

The NPSs are expected to be presented for parliamentary approval this spring.

The committee of MPs has little confidence that the statements will ensure the right mix of power generation technologies so the power sector is 90% decarbonised by 2030, as recommended by the Committee on Climate Change (ENDS Report, December 2010). It should be “an explicit goal for consideration in planning applications”, they say.

The government has assured the committee that decisions on the need for particular projects would consider both existing and planned generating capacity. But the MPs insist that this should be formally incorporated into the overarching energy NPS, known as EN-1, "so that no more fossil fuel-based generation is consented than is strictly necessary".

In the absence of these modifications, the committee remains “extremely concerned” that renewable energy projects will be marginalised as investors turn to cheap gas-fired generation. A new dash-for-gas could risk breaching the UK’s carbon budgets by the 2020s.

At the same time, environmental groups warned of possible legal challenges, leading to the NPS’s revision. They claimed accompanying sustainability appraisals failed to adequately address impacts on carbon budgets and alternative policies such as energy efficiency.

The committee believes the new appraisals will “pass muster”, but the tension remains unresolved. At least 29 gigawatts of gas-fired electrical capacity was in the planning pipeline by May 2010 (ENDS Report, May 2010), with 1GWe more consented since at Isle of Grain, Kent.

Furthermore, the committee is sceptical as to whether government policy can facilitate development of 16 gigawatts of nuclear generation capacity by 2025 – equivalent to building two plants each year.

The committee's chair Tim Yeo stressed: “Hooking up this amount of new nuclear and other generation to the National Grid poses an unprecedented challenge. Two plants a year is a very high target to reach.”

The report stressed the huge uncertainty energy sector developers are facing through upheavals both in the planning system and through electricity market reform (ENDS Report, December 2010). Many are putting off major applications to avoid additional costs until the new planning regime is in place. This could slow the £200bn investment needed for new low-carbon plant by 2020 and thus jeopardise later carbon budgets, the MPs conclude.

The report stresses that “a joined up process” is needed to meet the UK’s energy aspirations. The committee believes that a more prescriptive approach to the energy mix will be necessary, both to control carbon emissions and to give investors confidence in long-term investments, given the pace and scale of new capacity development necessary.

The committee recommends “that the NPSs are developed and designated alongside electricity market reform and the design of the proposed national planning framework”, including the Localism Bill (ENDS Report, December 2010). That bill will abolish the Infrastructure Planning Commission and replace it with a Major Infrastructure Planning Unit to advise the secretary of state.

The Planning Act 2008, which forms the basis for the major infrastructure planning system, allows parliament to scrutinise NPSs and request changes. But the Localism Bill, currently being debated, would allow MPs to debate and even reject them.

Even so, this discussion should be “real and detailed, not just a symbolic vote on a take it or leave it basis” says the report. It also says the powers of the secretary of state to reject advice in making decisions should be set out in clear criteria to reduce political uncertainty to developers.

The Energy and Climate Change Committee is particularly scathing over the government’s rejection of its predecessor's recommendation to develop strategic guidance for siting new power stations and linking them to the grid. They “must be developed in a coherent manner which integrates environmental, social and economic concerns", it argues.

This would be crucial given the huge cost of investment, and the need for efficient networks for carbon capture, transport and storage.

The MPs are also concerned at the potentially large visual impact of pylons in sensitive landscapes, and call for a review of the Holford rules governing mitigation of impacts in siting decisions, including greater use of underground cables.

On management of higher level nuclear waste, the MPs say there should be more frankness over current plans for interim storage on-site at nuclear power plants for 110 years before final disposal to a deep geological storage site, though it welcomes the reduction from 160 years envisaged in the first draft. The report welcomes progress on identifying possible sites for geological storage, but is concerned a repository may not be operational until long after 2130.

The government has set out plans for a complex, multi-level and ‘once in a generation’ reform of Britain’s electricity generating system

Major reform of the planning system under the government’s Decentralisation and Localism Bill raises concerns about sustainability.

The advisory Committee on Climate Change has called for a new 60% indicative greenhouse gas cut target for 2030 relative to 1990 to ensure the UK’s 80% target for 2050 is attainable. The power sector in particular must decarbonise rapidly

The government has unveiled its proposed streamlined planning guidelines for new nuclear power stations, but doubts remain on key areas including nuclear waste.