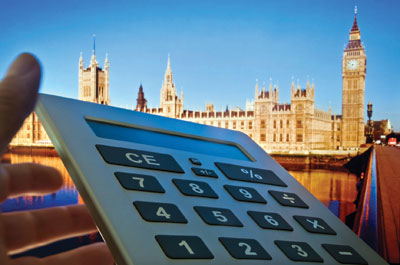 The Carbon Trust, the Energy Saving Trust and the Zero Carbon Hub have all had their funding for 2011/12 slashed, causing job losses and service cutbacks.

The government has cut the Carbon Trust’s grant by 40% to £50m. The Energy Saving Trust’s grant has been cut by 50% to £16.5m. The Zero Carbon Hub, which is developing the zero-carbon homes standard for new housing, lost its entire grant.

The Carbon Trust is a not-for-profit company established by government to advise businesses and public bodies on how to cut carbon emissions and help commercialise low-carbon technologies.

The cuts will force the Carbon Trust to make 35 of its 216 employees redundant.

One of the main casualties is the Carbon Trust’s free business energy-efficiency audits, which are to cease in England, although they will continue in Scotland, Wales and Northern Ireland.

The cuts are forcing the Carbon Trust to find new ways to raise revenue. It sees a commercial opportunity in developing its consultancy accreditation scheme.

It was set up to approve consultants to carry out Carbon Trust energy efficiency audits and other services. The trust has accredited 380 independent consultants and 60 consultancies to work for it.

But the scheme has been unpopular with energy consultants who complained when the Carbon Trust introduced charges for accreditation (ENDS Report 410, pp 6-8).

In a letter to its accredited consultants, the Carbon Trust says that although it set up the accreditation scheme to deliver its services, it has achieved “growing recognition in the low-carbon marketplace as an indication of quality and expertise”.

It said the scheme provided value to a wide range of stakeholders “to direct these organisations to the most appropriate skills to ensure they get the best quality advice”.

The Carbon Trust says it is developing its plans for the new scheme which will be launched in June.

Another victim is the Carbon Trust’s Industrial Energy Efficiency Accelerator, which is to be axed. It helped manufacturers reduce carbon emissions from industrial processes (ENDS Report 418, p 10).

The Carbon Trust has also wound up investment in its algal biofuels challenge to commercialise production for use in aviation and road transport. The trust is seeking other funds to continue the project.

It has also stopped funding ten research projects with companies. Another ten are under review. The trust refused to disclose details due to commercial confidentiality.

The communities department (DCLG) is to stop funding the Zero Carbon Hub in March. Last year the department provided £600,000, some 46% of its total income.

The hub hopes to make up some of the shortfall with extra funding from the house-building sector.

Other companies will contribute to specific projects and provide ‘in kind’ support such as staff secondments. The hub says it has secured enough funding for the coming year and there will be no job losses.

A Zero Carbon Hub spokesman said it would continue work on a standard for zero-carbon homes. The final definition is due this summer. The government wants all new homes to be zero-carbon by 2016.

In December, the hub proposed new limits for on-site emissions from new homes (ENDS Report 431, p 15). But much work remains to agree ‘allowance solutions’ for off-site emissions cuts. The hub spokesman said work on this part of the definition would be shared with DCLG and the energy and climate department (DECC).

The Energy Saving Trust (EST) is to make some 100 staff redundant after DECC, its main funder, halved its grant. Other government sources have yet to confirm their settlements. The EST has yet to decide where to cut its services.

Britvic, Carrs Billington and Tarmac are among the firms helping the Carbon Trust improve the energy efficiency of manufacturing processes in their sectors.