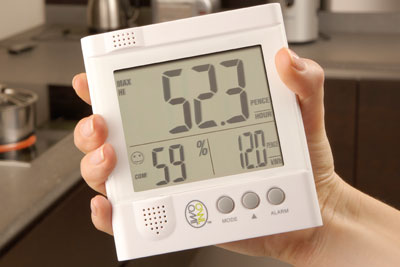 Energy suppliers claim to have cut carbon emissions by 1.4 million tonnes under the Carbon Emissions Reduction Target (CERT) scheme over the past nine months by sending 1.27 million energy displays to customers. But the companies do not know whether the devices are being used or how effectively they encourage energy efficiency.

Real-time energy displays monitor household electricity use and show homeowners how much it costs. The displays are designed to encourage energy-efficient behaviour, such as switching off lights and appliances when not in use.

The energy suppliers' carbon-saving claims were published in the latest CERT progress report by regulator Ofgem.

But evidence on the carbon savings of energy displays is far from clear. DECC assumes the devices will reduce household energy use by 3.5%. It said its estimate is “conservative” compared with studies showing annual savings of 5-15% per year.

However, the figure exceeds the 2% annual average energy saving DECC has estimated for its roll-out of smart meters to all homes by 2020. These devices are much more advanced than energy displays because they monitor both gas and electricity use and enable more sophisticated energy management services and time-of-use tariffs (ENDS Report, January 2010).

DECC has also assumed the savings from energy displays will last for 15 years despite the lack of evidence on the long-term persistence of savings. Most studies assume that if a saving lasts for a year it will last indefinitely.

Andrew Warren, director of the Association for the Conservation of Energy, said energy displays can encourage energy efficiency, but much depends on other factors such as homeowners’ motivation and ability to take effective action. He said DECC could have “vastly overvalued” the savings.

In January 2010, DECC banned energy suppliers from using compact fluorescent lightbulbs to meet their CERT obligation after the companies sent millions of unsolicited CFLs to customers rather than promoting more effective measures such as insulation (ENDS Report, April 2009).

DECC permits energy companies to send energy displays to customers only on request. It has also capped the contribution the devices can make to energy suppliers’ CERT target to just 2%.

Energy companies are currently conducting their first survey of how customers have used the energy displays sent out. The survey, required under CERT, asks customers whether they use the energy display and what energy-saving actions they took as a result.

But an Ofgem spokesman said the survey's results may only be published as part of DECC’s assessment of CERT after the scheme ends in 2012.

DECC said it is reviewing whether energy displays should remain in CERT as part of a wider consultation on the role of energy-efficient appliances in the scheme (ENDS Report, November 2010).

The energy and climate department (DECC) is proposing to end support for more energy-efficient electrical appliances and electronic equipment under the Carbon Emissions Reduction Target scheme.

Ambitious plans to improve the energy efficiency of existing homes have been published. But expectations that the consultation would outline solutions to promote renewable heat were dashed.