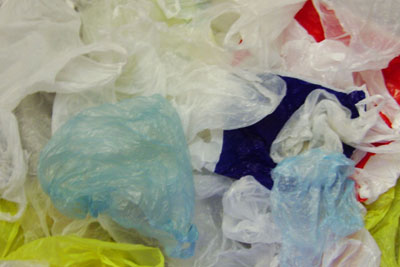 Online retailers who send goods to Wales will have to apply the country's new plastic bag charge from 1 October, according to non-statutory guidance issued for consultation by the Welsh Assembly Government (WAG).

The guidance spells out in great depth what bags are included and excluded under the charge.

WAG hopes the chargewill highlight resource use, promote bag reuse and cut litter. But it has already had teething problems with the legislation: delaying its introduction once, and cutting the minimum charge from 7-5p (ENDS Report, November 2010).

England is unlikely to follow Wales’ move after the Environment Agency’s recent life-cycle analysis on carrier bags and their greenhouse gas impacts (ENDS Report, February 2011). This showed that reusing standard bags several times was sufficient to reduce their environmental impact, even when compared with bags-for-life or cotton alternatives.

The Welsh regulations require sellers of goods to charge for the provision of 'single use' bags. This includes those used by firms to deliver goods to homes.

The charge will apply in places such as high street shops, supermarkets, wholesalers and take-away restaurants. But it will also apply online: for example, grocery shopping websites. The charge must be applied even if the business is located outside Wales, the guidance says.

The consultation closes on 15 April. However, the government has decided that changes are needed to the regulations on VAT, the definition of reasonable costs, the exclusion of sealed bags and the exclusion of bags used for mail order purchases.2

It expects draft amended regulations to be available in May, but the guidance reflects how the legislation will work when these are incorporated.

Further guidance will emerge shortly on enforcement and civil sanctions. However, the current guidance covers:

Defining single use bags: The regulations apply to bags made from plastic, card, paper, or biodegradable plant/starch mixes. They attempt to exclude bags designed for reuse, such as ‘bags for life’. These must be:

All lacquered paper or card bags with rope handles used for clothes sales are deemed to be single use. Cotton, linen or hemp bags are assumed to be for reuse.

Obligation to charge: The charge will apply even where bags may be ‘lent’ for the purposes of carrying away goods, and even where goods are delivered to the customer’s home in bags which are then removed and returned to the retailer.

Failures to put in place means to charge customers may be treated as a breach of the regulations.

The provision of free bags when no goods are sold is not included in the regulations. But the government hopes that retailers will nevertheless charge in such cases.

Exemptions: Certain small bags without handles, such as paper bags used for greetings cards and confectionary, or small bags used for screws or buttons, are excluded from the charge, as are bags used to contain uncooked fish, meat or poultry products. Bags used on boats, aircraft, trains and at airports are also excluded.

Certain items may be sold in bags which do not attract a charge, including: unpackaged food or pet food; loose seeds, bulbs and rhizomes or any unpackaged goods contaminated by soil; unpackaged axes, knives or razors; certain medicinal goods; and live aquatic animals in water.

Dispatch or courier bags are not included in the charge and neither are liners for boxes and crates.

Requirement to keep and publish records: The regulations require sellers to keep records of the number of bags they sell and report annually from April to April. Sellers may deduct reasonable expenses for the bags and the administration of the charge, including VAT if they are a registered business.

The regulations leave it up to retailers what to do with the remaining sum, but the government advises it wishes to see the proceeds used “to support good causes, particularly ones that benefit the environment”. The guidance says it will be working with retailers between now and October to agree a code of good practice on how to use the proceeds.

Sellers who are registered for VAT and who use more than 1,000 chargeable bags per year will be required to publish records on their bags sales. This can be done online and through in-store notices.

Breaches: Failure to charge for bags or to keep, maintain and publish records may result in a civil penalty. In the first instance the enforcement duty falls on the local authority. In the event of an appeal, this must be made to the First Tier Tribunal.

However, the government says there will be a second part to the guidance which is not yet complete and will follow shortly.