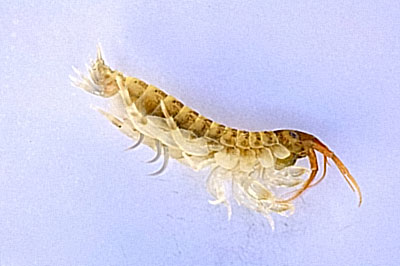 More than 100 traps will be laid by the Environment Agency in rivers and canals around England and Wales to investigate the extent of Dikerogammarus villosus, the so-called killer shrimp.

The shrimp, also known as pink peril, is a highly invasive species from the Caspian and Black sea regions which is highly disruptive of freshwater ecosystems. It was first found in the UK on 3 September at Grafham Water in Cambridgeshire, and later in Cardiff Bay and on Eglwys Nunydd reservoir at Port Talbot, owned by Tata Steel.

The agency says the discoveries are a “major concern” because of its potential to spread quickly. As the shrimp can reduce species diversity it could cut the chances of a water body reaching good biological quality under the EU Water Framework Directive.

Control measures are in place, including mesh screens. Extensive monitoring over the winter has found no new colonies of the shrimp, which can grow up to three centimetres in length. The trapping programme will add greater certainty of its extent.

A task group has been formed with members from the agency, Natural England, the environment department (DEFRA), the Welsh Assembly Government and Countryside Council for Wales. It will consider the feasibility and costs of eradication or long-term control.

No successful eradication programmes have been implemented in other western-European countries where the shrimp has become established.