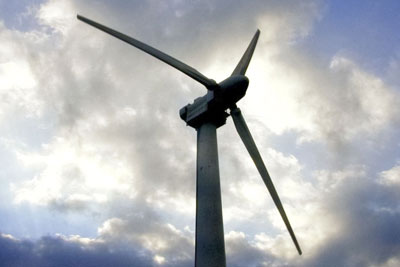 Europe’s long-awaited low-carbon roadmap to 2050 has confirmed the European Commission’s intention to tighten up the bloc’s EU emissions trading scheme (EU ETS) starting in 2013, despite pressure from industry and objections from energy commissioners. But there is still uncertainty over the volume of allowances it would take out of circulation and over the impact on the carbon market.

Together with enhanced energy efficiency measures (ENDS Report, March 2011), the proposal would effectively and economically raise the EU’s economy-wide greenhouse gas emissions reduction target for 2020 from 20 to 25% on a 1990 baseline. This would ease the path to an 80% cut by 2050.

The commission has also proposed that this should be followed by further milestones including a 40% reduction by 2030 and 60% in 2040. But there is as yet little detail as to how reductions will be achieved post-2020. Roadmaps will now be developed for each key economic sector, with an Energy Efficiency Plan already released, and the Energy 2050 Roadmap to come later in 2011.

The current proposals have attracted criticism from some NGOs which fear the new de-facto, economy-wide 25% target could replace ambitions to move to 30%. The commission stresses that this is a separate decision dependent on comparable action globally through a new climate treaty, but a 25% target could take the wind out of moves towards a 30% unilateral target (ENDS Report 425, June 2010).

But seven pro-30% EU environment ministers including energy and climate secretary Chris Huhne weighed into the debate on 14 March, on the day of an Environment Council meeting in Brussels, with a letter to the Guardian. They say that, with the commission’s document showing it would be cost-effective to reach a 25% goal through energy efficiency measures, “the case to move to a 30% target by 2020 is now stronger as a result”. The ministers, also from Germany, Denmark, Sweden, Spain, Portugal and Greece, welcomed the commission’s revamped Energy Efficiency Plan.

France was notable in its absence, but the signatures of southern European ministers suggests some broadening of geographical support for a 30% target.

The commission’s move to 25% and to effectively tighten the EU ETS cap was widely predicted following a leaked draft in February. This proposed a gradual set aside of allowances in phase III during auctions.

But one key difference in the formal communication is the lack of any reference to a specific number of allowances. The draft had noted that phase II will be over-supplied by 500 million-800 million allowances as a result of the recession, suggesting that “setting aside an equivalent number of allowances during the period 2013-2020 in phase III would restore the originally foreseen overall allowances budget for the next decade”. That would be equivalent to 5% of total allowances for phase III, compared with 1.4bn allowances in the event of moving to 30%.

It is understood the commission’s Climate Action directorate had faced strong opposition from both industry and energy commissioners. The power sector, already facing low profit margins in much of the bloc, is concerned the move would prevent it hedging against future price shocks by buying large volumes of allowances up to three years in advance. Analysts at Deutsche Bank estimated the move would add €6 a tonne to the carbon price.

The watered-down document now leaves hanging the issue of the quantity of EU allowances (EUAs) to be retired, and must itself still muster adequate support for approval when it is considered in depth at the next European Council in June.

Speaking at the Amsterdam Carbon Market Insights conference on 1 March, Peter Zapfel, head of policy coordination at the commission’s Climate Action Directorate said tightening the phase III emissions cap between 2013 and 2020 was necessary given new measures to ensure the bloc meets its voluntary 20% energy efficiency target by 2020.

Without it, allowance prices could be further depressed as grid average electricity use and EUA demand declines. He indicated retirement would be achieved gradually by setting aside a portion of EUAs at each phase III auction to avoid price spikes in the market.

In the event of a political decision to move beyond 20%, the set aside EUAs would be permanently cancelled by an amendment to the EU ETS directive through the co-decision process between the European Council and parliament, Mr Zapfel said. Should there be no change in the target, they would be gradually released back onto the market through auctioning to minimise disruption of the carbon price.

The move would eliminate the need for a politically challenging early amendment to the revised EU ETS directive, and would not affect the free allocation of EUAs (ENDS Report 432, January 2011), reducing chances of a clash with industry. But Mr Zapfel denied it was a “backdoor way to an increased ETS cap”. His comments came a day after climate action commissioner Connie Hedegaard told MEPs that some allowances would need to be withdrawn to tighten the EU ETS cap and strengthen the investment incentive.

Christian Egenhoffer, head of the energy and climate programme, at the Centre for European Policy Studies in Brussels, told ENDS: “I think the 25% target is what looks politically achievable [by 2020].” While there is limited scope for further reduction by 2020, time is short to achieve this, and he stressed the main effect of the proposals will be to kick-start vital economic debates over post-2020 targets. He believes these will eventually show current plans risk much higher costs by putting off the deepest cuts until near the end of the period to 2050.

Dr Egenhoffer added that most member states will now be looking to the details of the bloc’s new budget, which will not be settled until 2013. Notwithstanding a global deal, approval for 30% from the new EU member states is increasingly seen through the prism of whether or not the final budget unleashes large flows of capital into these states. Tensions are already rising as early discussions begin.

The commission stresses the vital importance of the 2014-2020 budget in levering investment to the development of the Roadmap and successful decarbonisation.

The commission’s impact analysis concludes that an 80% target by 2050 is technically achievable with existing technologies, without recourse to breakthroughs such as nuclear fusion, advanced fuel cells, large scale use of distributed energy storage or major lifestyle changes.

It assumes the EU ETS will achieve about 45% by 2030, relative to 2005, and about 90% by 2050, with non-ETS sectors achieving more than 25% by 2030 and nearly 70% by 2050. But significant industrial decarbonisation will depend on carbon capture and storage after 2030, and transport would only see a 60% reduction relative to 1990 between 2030 and 2050. The largest investments are needed in transport and energy efficiency in buildings, as well as power generation.

The analysis assesses the total costs of the measures needed to achieve an 80% reduction as €270bn a year, corresponding to 1.5% of the EU’s GDP. This investment will be recovered thanks to lower oil and gas imports, estimated to cost €175-320bn a year, it says.