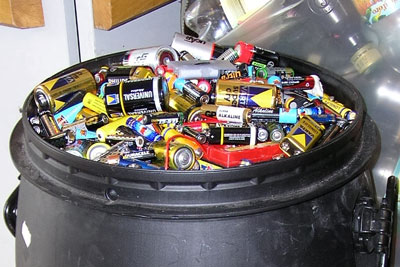 Battery recycling figures published by the Environment Agency on 14 March show that the UK recycled at least 9.56% of batteries in 2010. This is just short of an unofficial 10% target, measured relative to batteries placed on the market in 2009. But figures from one of the six recycling schemes has not been included.

The agency says that all schemes submitted data on time, but problems with CCR Rebat's figures led the agency to issue an enforcement notice. CCR will correct the data and resubmit by the end of this week.

It is highly likely that the UK has met the target, which is much higher than the 2% or so achieved last year (ENDS Report, June 2010). But the real concern is the 2012 target of 25% which is set in the 2006 EU Batteries Directive.

Michael Green, managing director of recycling scheme G&P, said: "There is a big question mark in my mind about whether we will get there. What will make it happen or not is whether the public are minded to change their behaviour."

The 2006 directive also sets recycling efficiency targets. Although percentages have been set for different battery types, it is not yet certain which processes will count toward these targets. Key decisions are expected later this year.