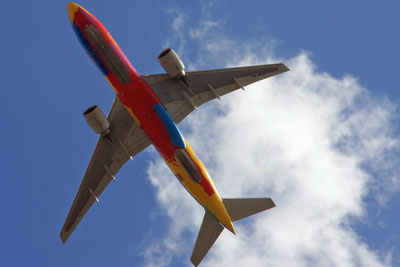 After many delays, the European Commission has announced the emissions cap for the aviation sector when it enters the EU emission trading scheme (EU ETS) in January 2012.

The sector will have an emissions allowance of 212.9 million tonnes of carbon dioxide in 2012, which is 97% of average annual emissions for the baseline period 2004-06.

In January 2012, more than 4,000 aircraft operators flying in and out of, and within, the EU will join about 11,000 factories and power plants covered by the scheme. Aviation will become the second largest sector after electricity generation.

Light aircraft, the military, police, customs and rescue flights, flights on state and government business and training flights are exempt.

Airlines will receive 82% of allowances free, on a pro-rata basis, provided they have filed their own baseline data. A further 15% will be auctioned and 3% will be held back for rapidly growing airlines and new market entrants (ENDS Report, November 2010).

The commission says that by 2020 it expects the scheme to have cut aviation emissions by 46%, relative to business as usual.

But while other sectors are expected to reduce their emissions in line with the EU’s 2020 commitment to cut total emissions by 20% relative to 1990, the aviation sector is capped at a mere 5% below its baseline over this time frame.

Connie Hedegaard, European Commissioner for Climate Action, said aviation’s emissions are now growing faster than any other sector, having almost doubled since 1990.

Aviation accounts for some 3% of EU greenhouse gas emissions. But according to the Intergovernmental Panel on Climate Change (IPCC), the sector’s total impact could be two to four times higher than its CO2 emissions alone. This is because the altitude-sensitive warming effects of NOx emissions, jet engine contrails and cirrus clouds are not factored into the 3% figure.

The commission says impacts on tickets prices will be minor. If airlines pass on all additional costs to passengers, return flights within the EU may increase by €2 – €9 by 2020, it says. A return flight to New York may cost an additional €12 (assuming a current carbon price of €15 per tonne).

Compared with rising jet fuel prices, the additional costs imposed by joining the EU ETS are likely to be marginal, it says.

Given current low-carbon prices “the EU ETS will represent an equivalent of one [Euro] cent per litre for aviation kerosene", he said. “Compare this with taxation on road transport fuel (65 cents per litre) and you put this in some perspective.”

But a report published in March by credit ratings agency Standard & Poor’s says that costs are likely to be significant in the longer term and vary between airlines.

Those with a higher proportion of premium-fare revenues may find it easier to pass on costs to passengers, as they will be a proportionally lower percentage of the ticket price than for low-cost flights.

The scheme also risks causing carbon leakage, it says. European hubs such as Heathrow may become less competitive as passengers from outside the EU increasingly bypass the eurozone on long-haul flights and connect through other global hubs, especially those in the Middle East.

That means free allocations of carbon allowances will cover less than 70% of the sector’s emissions caught by the EU ETS, with the remaining allowances having to be bought.

He estimates the total bill to airlines will be between €800m and €1.4bn in the first year. Standard & Poor's estimate is €1.1bn.

The British Air Transport Association, representing UK registered airlines, said it wanted a move from a European to a global emissions trading scheme as soon as possible.

David Henderson, information manager at the Association of European Airlines, the EU’s main airline lobby, says some airlines are likely to drop less profitable shorter haul routes as a result of the EU ETS.

In 2009 a Carbon Trust report argued that airlines could make large windfall profits under the EU ETS by passing on the costs of allowances to their passengers even through they were allocated them free of charge (ENDS Report, December 2009). BATA strongly denied this.

Aviation and the EU ETS: not quite ready for take off

In 13 months, aviation will be incorporated into the EU emissions trading scheme. But serious questions remain regarding the industry’s preparedness