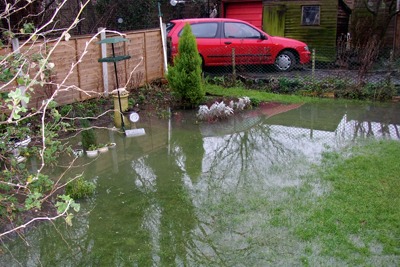 The long delay to the case was due to arguments over whether the escaped sewage was controlled waste.

According to ENDS’ records, the fine is the second highest received by a water company for an environmental offence and the thirteenth largest imposed at a single hearing for such breaches.

Bromley magistrates court heard that sewage began gushing from a manhole on a suburban garden patio on the evening of 10 February 2003.

Thames’ contractors arrived early the next day and told property owners there was a blockage in the sewer under a neighbouring road. Effluent was still flowing out of the manhole and into people’s gardens.

An Environment Agency officer Richard Maile attended the same day and noted a large hole in the road and a fractured pipe. Liquid was flowing out into a roadside gully and into the St James’s stream, a tributary of the river Ravensbourne.

When the contractors switched on a pump they had installed, a jet of sewage escaped from the pipe into the gully. The discharge continued intermittently until April that year, partly due to pump failures. During the worst incident nine gardens and an allotment were flooded.

The following November, the agency issued a summons against Thames Water. It was charged with 11 offences of depositing controlled waste on land, contrary to section 33(1)(a) of the Environmental Protection Act 1990 and four of polluting controlled waters with sewage, an offence under section 85(3)(a) of the Water Resources Act 1991.

At a September 2004 magistrates court hearing, Thames argued that escaped sewage should not be classified as controlled waste under the 1990 act. The defence held that the effluent was subject to the EU Urban Waste Water Treatment Directive and not the EU Waste Framework Directive and so waste charges could not be brought.

The court ruled it could not hear the case until the matter had been settled in a higher court. Because it was an important test of EU law, the High Court passed the case to the European Court of Justice in 2005.

Two years later, the court ruled that waste water escaping from the sewerage network was waste under the Waste Framework Directive (ENDS Report 389, p 54). But it also stated that an exemption might apply if national legislation achieved equally strong environmental protection.

A decision on this was referred back to the High Court, which in July 2008 ruled that this possible exemption did not apply in the UK (ENDS Report 404, p 49).

The trial proceeded in the magistrates court last year and the judgment finally appeared this month.

District Judge Dennis Lynch imposed £34,000 in fines for the four water pollution offences and £170,000 for the 11 waste offences. Thames was ordered to pay compensation of £2,000 to the couple most affected and £250 to an allotment holder.

The degree of culpability for the waste offences varied, so the individual fines ranged from £8,000 to £19,000. The judge said the causes were primarily financially motivated.

“Given the fines imposed, I do not find that amount of costs requested by the prosecution in anyway disproportionate,” his judgment states.

After the hearing, the agency’s Mr Maile said: “This was a deeply unpleasant experience for the families that had raw sewage flowing into their gardens, under their homes and into their allotments, making the produce inedible. It has taken a long time for these people to see justice.”

Environment Agency prosecutor Angus Innes said: “We persisted with our prosecution, despite a strong legal challenge, because we believe it is unacceptable not to move legal mountains to protect householders from the effects of the flooding of their property with sewage and waste water.”

But Thames Water indicated it may launch an appeal. A spokesman said: “We defended our position to clarify the scope and extent of our legal obligations as these anti-waste laws were not designed to cover incidents like this. We are... considering its implications for us and the water industry in general, as well as our next steps.”