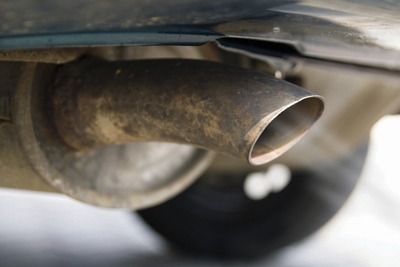 Research has shed light on why UK levels of nitrogen oxides (NOx) have failed to fall as quickly as had been projected, leading to air quality limits being exceeded more widely and frequently than air quality models had assumed.

Researchers from the University of Leeds, King’s College London and consultancy AEA were commissioned by the environment department (DEFRA) to assess emissions data gathered from 72,000 vehicles driven in several urban areas of the UK.

The department published a draft report of their findings on 3 March.

The research found that petrol cars meeting the Euro 1 and 2 emissions standards and built between 1992 and 1999, emit more NOx than the national atmospheric emissions inventory (NAEI) assumes.

The inventory bases some of its assumptions on the Euro series of emissions standards, which were introduced in 1992 and have been progressively tightened. However, the tests used to assess compliance have been criticised for not reflecting urban driving conditions.

The NOx abating performance of newer Euro 4 and 5 petrol vehicles is not expected to degrade in the same way.

The report advises that policies should be introduced to encourage people to buy new, small petrol-fuelled hybrid or electric cars (ENDS Report 433, pp 34-38). Government should also consider adding a NOx test to the annual MOT test, it argues. ­Currently, only carbon monoxide and hydrocarbon emissions are tested.

The authors used their field data to produce new emissions inventory scenarios, although they caution that the work is incomplete. They say the discrepancy between actual emissions and what the NAEI assumes has widened over time.

Average emissions from individual diesel cars and vans have changed little over the past 15 years, despite tougher standards, while more and more diesel vehicles have entered the national  fleet.

The result, they estimate, is an 18% increase in NOx emissions from diesel-fuelled light vehicles over this period. This contradicts the NAEI estimates, which suggest that NOx released from light diesel vehicles fell by 24% over the same period.

But, says the report, reductions in NOx  from newer, cleaner petrol-fuelled cars and vans has offset the increase in emissions from diesels, causing NOx levels to fall.

Air quality limits for nitrogen dioxide (NO2) entered force last year but were widely exceeded, within days in some parts of London. As a result the government plans to ask the European Commission to extend the compliance deadline to 2015. A consultation on its plans to meet the limits is expected within months.

But in light of the report, the task seems increasingly difficult. Ed Dearnley, a policy officer for NGO Environmental Protection UK, said it “lobs the proverbial bomb” under the UK’s air quality policy.

Projections of future compliance status, based on the NAEI, indicate that 3.6% of the entire length of major urban roads will exceed the annual mean limit on NO2 in 2015. But the report argues it will be 8.8%.

A further headache is compliance with the National Emission Ceilings Directive, which limits UK NOx emissions. DEFRA believes the UK has just scraped under the limit, which entered force last year (ENDS Report 433, p 51). The conclusion would appear to need reappraisal.

But if SCR is adapted for urban use, it does have the potential to make a larger contribution. The Euro VI compliance test will include a slow-speed driving cycle. The report calls for this to properly reflect real-world conditions.