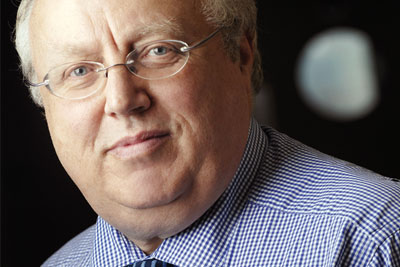 Market fundamentalists have a mantra that governments are not able to pick winners. It is whipped out when anyone has the temerity to suggest a more active role for government in making technology choices.

The reality, of course, is that governments sometimes pick winners – radar or the internet, for example. And businesses very often pick losers – ask Clive Sinclair or Alan Sugar.

Successive British governments have been committed, by hook or by crook, to getting more nuclear power stations built. You must judge for yourself the balance between the ‘hook’ and the ‘crook’ but there can be no doubting the government’s seriousness. A vigorous, focused and well-resourced effort has been under way for several years. Its purpose has been to deliver the first electricity from a new nuclear power station to the grid by 2017.

There were two snags. It had to do this without appearing to make a technology choice in deference to the god of the market. It also had to do it without public subsidy.

The dreadful economics of nuclear power collide brutally with the latter requirement. It soon became clear that neutering the planning system, capping the cost of radioactive waste management, continuing to accept the bulk of the nuclear industry’s third-party liabilities and putting in a floor price for carbon would not be enough.

But if electricity market reform could be bent into the right shape, hey presto, the market would be making the technology choice, disguising the subsidies. As a bonus, it would simultaneously reduce the risk that those subsidies fall foul of the EU state aid policy. This was too good an opportunity to be ignored.

There is a broad consensus in the energy policy community on the need to reform Britain’s electricity market. DECC and other elements within government seem to have assumed this also means broad agreement on the shape of that reform. They are mistaken.

The consultation has so far established the starting positions for the many players in this debate. We are a long way from hearing their closing positions.

This would matter less if we were not also hearing the sound of carts rolling down the road well ahead of the horses. The decision to use market reform to disguise the subsidies for new nuclear was taken first and then the rest of the package put together in order to buy off other interests. The result is an assemblage of measures, supported by no clear analysis, linking the various elements into a coherent story to shape investors’ perceptions.

The inclusion of the floor price for carbon makes the point. No one who understands the real-world behaviour of energy investors believes this will make any difference to the pace of low-carbon investment. It does, however, let the coalition claim it has delivered an election pledge.

More important, what is actually envisaged is simply an escalating carbon tax. This is a carrot intended to appeal to a Treasury increasingly nervous about the fiscal implications of the intended nuclear subsidy.

That subsidy is disguised as the proposed ‘contract for difference’. This is the most radical, complex and contentious proposal in the package. It will require a promise from someone to pay a premium for low-carbon electricity in a long-term contract. This is where the gap between the cart and the horse gets really wide.

Nothing has yet been said about who that someone is. Nor has anyone specified how this someone will decide which contracts to sign. The point of the contract for difference is to transfer some of the risk of decarbonising power generation from the generators to consumers.

Government intervention to do this is clearly justified by the public good of decarbonisation. But to gain credibility with investors the government must also set out the precise nature of the transition it envisages as being in the public interest. Otherwise, whoever has to decide which contracts to sign has no guidance.

There are two political problems with putting this horse back in front of its cart. The first is that the government would then need to be explicit about how much nuclear it is prepared to subsidise.

But this would reveal exactly what this policy was designed to conceal in the first place. That was always going to be difficult, but will be a lot more so in the light of events in Japan. Furthermore, many of the staunchest government supporters are viscerally opposed to the government planning of markets this would require.

Two other measures are proposed: capacity payments to compensate fossil fuel generators for providing the back-up supply to keep the lights on and a rather weak emissions performance standard to keep new coal build from benefiting from these payments. The capacity payments are needed to address the intermittence of renewables. However, you can also have a rather large intermittence problem with nuclear as we have seen recently in France and Japan.

But it is what is not proposed that gives the game away. There is next to nothing in the document about demand reduction. Yet the evidence from California to Massachusetts is overwhelming that the cheapest and most reliable way to decarbonise your power generation while ensuring security of supply is to invest in avoiding new generation – so-called negawatts. In the US this routinely removes 10% of total demand at lower cost than extra supply.

Only if the reform legislation allows avoided generation to compete on equal terms with new generation will there be honesty in the government’s claim of technology neutrality. What we have at the moment is the weird sight of a government actually picking a technology loser while pretending it is not in the business of picking technology winners.