If not, it should scrap the scheme and consider replacing it with an extended climate change levy (CCL).

The CBI makes the comments in its response to a recent consultation by the energy and climate department (DECC) on ways to reform the CRC. It elaborates on the CBI’s budget submission (ENDS Report, March 2011).

The CBI says DECC’s proposals to simplify the CRC do not go far enough. The problem with the CRC is that the government has turned it into a 'stealth tax' by removing the mechanism to recycle revenue back to participants based on performance.

The CBI argues that this change has ended the scheme’s incentive for participants to become more energy efficient. This is because energy is a small cost to most companies and an additional tax will go unnoticed. The CRC, it says, is burdensome due to its registration and reporting requirements.

The CBI recommends that the government should uphold the original principles of the CRC and reinstate revenue recycling. It should then consult on the CRC’s emissions trading phase.

If DECC does not restore revenue recycling, the government should replace the CRC with a simplified mechanism to encourage energy efficiency.

The CBI says one option is to replace the CRC with the CCL on business energy use because it is much simpler to collect. In order to raise the profile of the CCL, the government should extend the use of voluntary climate change agreements to new sectors. CCAs require companies to meet energy efficiency targets in return for a CCL rebate.

The CBI also asks DECC to reconsider the CRC league table as a reputational driver. It says the league is flawed because it favours absolute emissions over carbon intensity as a measure of performance and does not provide adequate explanation of the results.

The CBI suggests mandatory carbon reporting could be an alternative.

Business sector gets knives out for the CRC

The government should kill off the Carbon Reduction Commitment rather than simplify it, say industry lobby groups. Offset provider Carbon Retirement says the CRC will fail to achieve any real cuts in emissions. 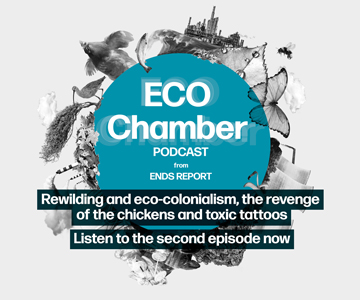