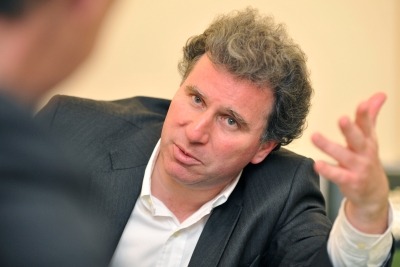 Powers to issue civil sanctions will be stripped from regulators and handed to the courts, the cabinet office minister for government policy, Oliver Letwin, told ENDS.

Forcing firms who wish to appeal to face “the full weight of the Treasury solicitors” was an unacceptable prospect, he argued. But this would appear to be a misunderstanding; the central government legal service - the Treasury Solicitors - does not act on behalf of regulators, who have their own lawyers.

Mr Letwin added that bypassing the judicial process would lead to “sloppy regulation”. Sanctions would be based on flimsy evidence if the current approach continues, he believes. But this view disregards the strong protections provided by the Regulatory Enforcement and Sanctions Act 2008 (ENDS Report, October 2008).

Only regulators deemed by the Better Regulation Executive, part of the business department (BIS), to be transparent and accountable, with proportionate and consistent enforcement, can issue sanctions.

The environment department (DEFRA) announced on 11 February that a cross-government review of the system was under way (ENDS Report, March 2011?).

As a result, the Environment Agency has not been empowered to issue civil sanctions for environmental permitting offences from April, as had been expected.

But it has been able to issue sanctions for other offences, such as fly-tipping, since January. None have been announced, although the agency has received 20 offers of voluntary ‘enforcement undertakings’ for packaging waste offences. These provide a means of making amends for wrongdoing and preventing a repetition.

At least until the review concludes, the agency and other regulators will retain the ability to issue civil sanctions. The now-defunct Renewable Fuels Agency issued its first, and last, in December (ENDS Report, January 2011?).

Richard Kimblin and James Maurici, members of the executive committee of the UK Environmental Law Association (UKELA), each described the development as “extraordinary”.

Mr Kimblin, a barrister at No5 Chambers and chair of UKELA’s litigation working party, said the plans indicated “a very significant change in direction”. He added: “Some people will like that – it keeps some uniformity in the approach to penalties.

“The detail of the approach needs to be fully set out,” he added. “It has potential to damage the benefits of civil sanctions.”

Mr Kimblin called for full consultation on the proposals. The reforms would alter the way in which appropriate sanctions are decided, and their gravity, he argued.

“It is unclear what role the court would have if the parties agree on the terms of an undertaking to do restorative works. However, if the sanction is to be financial, then that would be a function for the court.”

In addition, guidance on calculating variable monetary penalties could be converted into court sentencing guidance, entailing a rethink of its complex methodology.

Furthermore, Mr Kimblin added that Mr Letwin’s proposals would “scupper any expansion of the First-tier Tribunal… for which there is a real need”.

The First-tier Tribunal (Environment) was established to handle civil sanctions appeals, but it would now appear destined to be scrapped. Professor Macrory proposed expanding its remit in January (ENDS Report, January 2011?).

Landmark Chambers barrister Mr Maurici said Mr Letwin’s approach was “flat contrary to Macrory’s”. The regime’s purpose was to move enforcement away from the courts; returning to a wholly judicial process would remove this benefit.

The previous government planned to hand new powers to the courts once civil sanctions entered force, such as enabling them to order remediation of environmental harm. It now appears that this will be subject to the outcome of the review.

Mr Letwin’s plans would not directly affect the scheme’s roll-out in Scotland (ENDS Report, December 2010) or Northern Ireland (ENDS Report, March 2011)?. Both are planning to introduce civil sanctions, but they may now reconsider.

Wales’ position is less clear because it has separate legislation to England for implementing environmental civil sanctions. But maintaining the tribunal only for Welsh environmental offences would seem untenable.

Northern Ireland offers plans to modernise the province’s approach to industrial regulation and bring in civil sanctions for environmental crimes.

The government is delaying the further roll-out of civil sanctions. Environmental permitting offences were due to come under the new regime in April.

The Scottish Environmental Protection Agency is proposing to modernise and streamline its regulatory activities. It calls for more flexible funding, more severe penalties for offenders and the option of civil sanctions and cost recovery.

Civil sanctions for offences against nature

Radical changes in regulators’ options for punishing polluters and other eco-offenders are in prospect. Nicholas Schoon explains the new regime and how it is intended to strike a balance between encouraging generally well-behaved firms to do better while cracking down on the real rogues

Timing: when will the new sanctions apply?

Regulators such as the Environment Agency can only use the sanctions after a minister - in this case the Secretary of State for the Environment - has made an order. Several things need to happen before then. 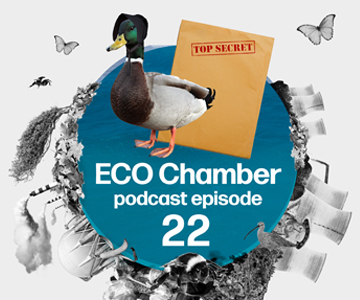