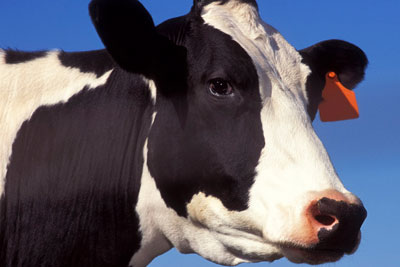 The initiative is a joint effort of 16 organisations including the National Farmers Union (NFU), Country Land and Business Association (CLA) and the Agricultural Industries Confederation (AIC).

As part of its low-carbon transition plan, the government asked the English farming sector to cut emissions to 3MtCO2e/yr below the 2008 baseline by 2020, through a voluntary initiative.

Annual UK greenhouse gas emissions from agriculture are 14MtCO2e lower (21%) than in 1990, with reductions every year since 2003. If the trend over the most recent five years continues, the voluntary 3MtCO2e/year reduction target will be met in 2014, six years early.

The government’s Committee on Climate Change (CCC) has said the level of ambition “appears low”. Last year it set out the potential from more radical changes to diet and farming which may be needed beyond 2020 (ENDS Report, December 2010).

The farm sector’s phase one delivery plan, covering 2010-12 was launched this week. It says the “challenging” 11% emissions cut should be met without reducing domestic production. Importing more food while exporting associated emissions is not the answer, it says.

The plan’s focus is on production efficiency, squeezing out more crop per kilogram of fertiliser and more meat per ration of feed. It aims to make use of existing advice routes to distribute best practice and to engage “sceptical audiences”.

Although there are long lists of actions in the plan, many are vague. For instance by April 2012, partners will be “actively promoting improvements in farming practices in target sectors”.

The focus will be on improvements which are financially beneficial or low cost, and which do not carry significant investment requirements. Examples include the use of recommended nutrient management plans or taking professional advice on feeding regimes.

Substantial reductions in methane emissions from sheep and cows are possible at a net economic benefit to farmers, according to two major DEFRA-funded research projects published at the end of March.2

Planting high-sugar grass varieties for grazing livestock could reduce methane emissions by 2.2MtCO2e/yr alone. Substituting some grass silage in feed with maize silage would save another 0.5MtCO2e/yr, again at a net saving to farmers.

Further reductions of about 1MtCO2e/yr would be available with a cost of at least £35/tCO2e.

The voluntary deal will be subject to government review early next year, and plan partners will produce annual reports each spring.

In theory the 2012 review comes with the threat of regulation or other government intervention. But this is most unlikely to be invoked in practice.

The plan notes that it will be impossible in 2012 to claim any positive shifts in farm practice are a direct result of the actions it contains. And farm emissions are likely to have fallen anyway as they have each year since 2003.

“A voluntary approach is direct to the core of everything we want to do,” said farm minister Jim Paice at the launch event. The 2012 review will be based on implementation and organisational changes rather than carbon emissions, he said.

Subsequent reviews will measure uptake of priority actions on farms and only later will the carbon reduction target be looked at, said Jane Salter, AIC head of environmental policy.

The team’s main role is to lead evidence based, strategy and advice for Waste & Resources across all directorates and regulatory activities, communicating the outcomes of our work to internal and external audiences to deliver sustainable management of natural resources.

You will lead and deliver the NRW contribution to the storm overflow action plans (and support wider delivery of the team's work-plan as appropriate) and manage the delivery of NRW programmes to improve efficiency and effectiveness of regulation processes.

The post holder will be working as part of the team in the delivery of our flood warning service. They will be responsible for improving, maintaining and providing new service to communities identified at risk across North and Mid Wales.

The post holder will be based in the SE Wales Waste Regulation Team and will lead on hazardous waste regulation across SE Wales.

This is an exciting new opportunity to join our Flood Warning & Informing team in North and Mid-Wales. Natural Resources Wales has a statutory duty to provide a flood warning service to communities at risk of flooding in Wales an