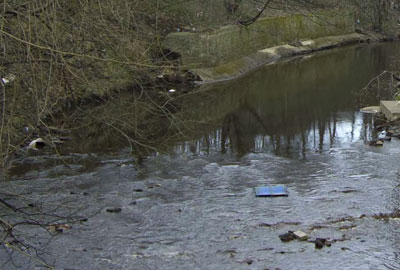 The environment department (DEFRA) has come to an agreement with WWF and the Angling Trust about speeding up actions to meet environmental targets under the EU Water Framework Directive, so staving off a judicial review from the NGOs.

In April, it issued an eight-page statement outlining the agreement. This says DEFRA believes "more action is desirable at catchment level". It will fund the Environment Agency to run pilots aimed at "vigorously" improving the quality of ten catchments so they achieve "good ecological status", a requirement of the directive.

The catchments include ones affected by over-abstraction and others affected by diffuse urban pollution such as the Lee (see list). Confusingly, the list also includes the Upper Tone, which is already 'good' quality.

DEFRA wants NGOs and water companies to take the lead in some of these pilots. ENDS understands Yorkshire Water may run the pilot on the river Don, while the DEFRA wants NGOs to run further pilots.

In April, DEFRA announced £92m of funding for catchment management schemes over the next four years, some of which will be used for additional schemes.

The agreement says the agency will trial innovative approaches to improving rivers. This could include regulatory measures such as water protection zones, in which businesses are compelled to take actions to reduce pollution.

Under the directive, all water bodies are meant to achieve good ecological status by 2015. Although uncertainties and derogations can push that deadline back to 2027.

Member states have to draw up river basin management plans every five years that set out the ecological status of water bodies and how they will be improved.

The agency published its first plans last year (ENDS Report, January 2010), but WWF and the Angling Trust almost immediately applied for judicial review saying they were inadequate and relied too heavily on derogations (ENDS Report, March 2010). Some 27% of English and Welsh water bodies achieved good status in 2010, but the plans said this would only improve to 31% by 2015 (ENDS Report, November 2010).

The agreement does not set any new targets. However, it does commit the agency to publishing deadlines for improving all water bodies in the next round of river basin management plans, due in 2015. The agency cannot use uncertainty about the cause of failure to delay action, it adds.

The agreement has been praised by the two NGOs. "This is a commitment to do real actions, rather than putting out vague hand-waving plans," said Tom Le Quesne, WWF’s freshwater policy manager.

Mark Lloyd, chief executive of the Angling Trust said: "We are pleased that in the context of spending cuts the government has committed to put right the shortcomings in the [current] river basin management plans".

However, other NGOs are wary that the process might be used to push responsibilities for complying with an EU directive onto the voluntary sector.

In April, Mike Clark, chief executive of RSPB, commented on the new approach at CIWEM's annual conference in London. "Government needs to provide leadership," he said. "It can delegate but it can't abdicate. In terms of catchment planning, it will always be the lead authority."

There is also widespread uncertainty in the water industry about why ten pilots are needed to understand how to improve river quality when many catchment improvment schemes are already under way. The agreement does not explain how the pilots will interact or learn from these.

Since 2006, DEFRA has run a catchment sensitive farming programme aimed at improving water bodies that are failing to meet 'good ecological status' due to inputs of sediment and pesticides from farms (ENDS Report, June 2010). It also recently started a "demonstration test catchments" project, which focuses on farms in three areas (ENDS Report, October 2010).

Furthermore, there are more than 100 catchment management projects being run by water companies (ENDS Report, February 2011). On 14 April, Wessex Water issued a report on the success of its catchment management initiatives in reducing nitrate and pesticide run-off from farms.

Nick Reeves, chief executive of the Chartered Institution of Water and Environmental Management (CIWEM), said: "While we commend DEFRA's commitment of 10 pilot test catchments, we already have examples of best practice. What we need is meaningful progress in the sector."

"It is almost like we're pretending we’re starting from the point of knowing nothing, but we've had catchment programmes for years and we should be learning from those," an adviser at an NGO that works on catchment management said. They asked not to be named.

DEFRA says that it will publish more detail on how the pilots will be implemented shortly, as well as a breakdown of how the £92m will be spent.

Peatland restoration steps up a gear

Water firms are intensifying peatland restoration work, but there are fears over future funding for such schemes.

Three river catchments are being used to test ways of reducing the impact of farms on water quality. Improvements are needed to comply with the EU’s Water Framework Directive