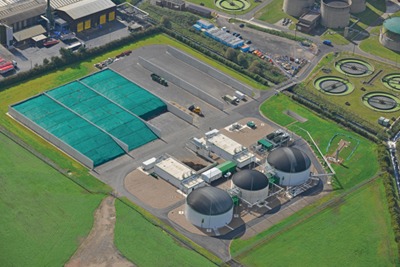 The government’s decision to discourage the development of anaerobic digestion plants fuelled by energy crops is not based on evidence, ENDS has learned.

In March, the energy and climate department (DECC) issued consultations on changes to feed-in tariffs (FITs) and on developing a renewable heat incentive (ENDS Report 434, p 8 and p 55).

Both aim to promote a “huge” increase in anaerobic digestion (AD), which treats waste to generate electricity and heat. The government is particularly keen on farm-based systems, where slurry is the feedstock. Such plants also use some maize silage to improve energy generation.

The government believes FITs will lead to the development of 205 AD plants by 2020.

However, both consultations contained statements saying the government does not want to promote plants running solely on energy crops such as maize. The FITs consultation said: “We note concerns that [this]... would lead to the diversion of land from food to energy... [We] will ensure that any necessary controls are put in place to ensure that this does not happen.”

The driving force behind this line is the environment department (DEFRA) and ministers including Jim Paice and Richard Benyon, ENDS understands. They do not want to see a repeat of the “food versus fuel” controversy that surrounds biofuels (ENDS Report 399, pp 30-33).

There are also concerns that encouraging energy-crop AD could lead to development of maize monocultures as some say has occurred in Germany.

However, the government appears to have made the decision without evidence. It has not evaluated the potential environmental and social impacts of maize, including on food production.

DEFRA has commissioned consultants AEA Technology to assess the “impacts and benefits of using different feedstocks for AD”, but this work has yet to be completed.

It has also not examined the more fundamental question of whether using land for maize to go into AD plants is better or worse environmentally than, say, using it to grow wheat for biofuels. The Environment Agency says it is doing this assessment.

The firm  has just won planning permission for a 1.5 megawatt (MW) peak capacity plant in Norfolk. It will need 800 hectares of maize and is due to open in 2012.

“I think there’s a degree of uneducated panic [to the decision],” Mr Lukas said. It is not economic for farmers to grow maize except as a break crop in crop rotation, he added. “Who would stop growing wheat when it’s worth £180 per tonne?”

Only a couple of energy-crop AD plants are operational in the UK. The largest is a 2.1MW plant at Stoke Bardolph, Nottingham, run by Severn Trent Water (pictured). It uses 35,000 tonnes of maize grown on 400 hectares of land that is unsuitable for food crops. The land was previously used for sewage sludge recycling.

“If the country was awash in AD plants I could understand the government’s concerns, but we’ve seen very few projects get off the ground,” said Martin Dent, the firm’s renewable energy development manager. There are only about 30 on-farm AD plants, according to the National Non-Food Crops Centre.

“We’ve got to have a grown-up debate about the future of land use in Britain and realise that non-food uses of land provide us with as worthy benefits as food uses,” says Jonathan Scurlock, renewable energy adviser at the National Farmers Union (NFU). “We’ve also got to look at typical land use and see how much it varies year-to-year and decade-to-decade.”

Dr Scurlock says that if 1,000 on-farm AD plants were built, they would need around 100,000 hectares of maize – equivalent to 2.7% of current arable land – assuming a mix of maize and farm slurry.

That is a similar figure to the land-take of other crops grown for biomass or biofuels. In 2009, there were at least 86,000 hectares of oilseed rape grown under the energy aid scheme to make biofuels. Ensus’ bioethanol plant on Teesside uses 1.2m tonnes of wheat a year, which requires about 150,000ha  (ENDS Report 422, pp 16-17).

The government is to significantly reduce feed-in tariff support for large solar projects from August, but support for farm-sized anaerobic digestion will be increased

The government has revealed details of its long-awaited support mechanism for renewable heat energy. This time it focuses on firms rather than households.