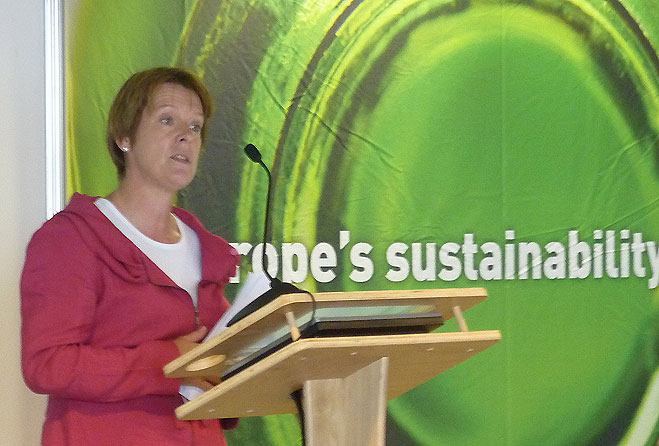 Caroline Spelman, Secretary of State for Environment, has announced a "fundamental review…of all existing waste policies".

She made the announcement on Tuesday at the Futuresource conference in London organised by the Chartered Institution of Wastes Management.

The review will look at "every aspect of waste policy and waste management delivery in England". Terms of reference will be issued in the next few weeks and "preliminary findings" published in the Spring.

A review is needed because waste management in England has changed substantially since the last government published its waste strategy in 2007, Mrs Spelman said (ENDS Report, June 2007)

Waste policy also needs to adapt to the current economic climate. "Continuing with current approaches at the current pace is something we cannot afford," she said, although she did not say which aspects of current waste policy were too expensive.

May's coalition agreement gave an indication of the waste policies the new government wants to promote (ENDS Report, May 2010). It said the coalition would "work toward [creating a] 'zero waste' economy", encourage councils to pay people to recycle, and also promised to introduce measures to promote a "huge increase in…anaerobic digestion."

Mrs Spelman said the coalition also wants to see more action on commercial and industrial waste, including further voluntary agreements with businesses to reduce the amount of waste they produce and packaging they use.

The review will also tackle the issue of the frequency of waste collections. "People feel strongly about reductions in frontline services like bin collections," she said, "so as part of the review I will be liaising with my colleagues in other departments to see how we can help councils deliver the quality and frequency of services their customers wants whilst delivering our commitment to waste reduction."