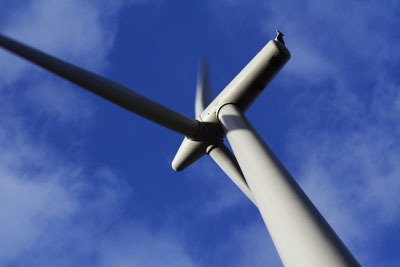 BT’s ambitious plans to dramatically cut its carbon emissions through renewable energy are struggling to come to fruition.

Planning delays have set back its goal to generate more of its electricity needs from wind power. And changes to government carbon reporting guidelines have doubled its reported emissions because it can no longer rely solely on reductions from use of green tariff electricity.

It said it would build 100 megawatts of wind by 2012 and 250MW by 2016, providing a quarter of its electricity needs. It is the most ambitious wind power programme outside the energy sector.

But it has only secured consent for a 15MW project at Redgap Moor, near Elwick, County Durham. And that consent is conditional on the company getting the go-ahead from Durham Tees Valley airport, which is concerned the wind turbines will affect its radar. The two parties are discussing a solution, BT says.

It had also applied for consent for two turbines at a site in Heysham, Lancashire. But it withdrew the application last year in order to study the project’s impact on the migration of pink-footed geese.

Richard Tarboton, BT’s energy and carbon programme director, said the company’s 2012 target was an “early stage ambition” and that it was on-course to meet the 2016 target. BT has found the planning process more difficult than expected, he added. BT is mainly relying on consultants to prepare planning applications and complete environmental studies.

“We always knew it would take a long time,” he said, “but we thought the objectives laid out in the government’s renewable energy strategy would mean the system would accelerate.”

BT may implement more projects as a result of the recent introduction of feed-in tariffs (FITs) for small-scale renewables (ENDS Report, February 2010). These pay a subsidy per kilowatt-hour of electricity generated for projects up to 5MW in size.

“Most of our projects wouldn’t qualify for FITs, but we’re doing financial modelling, looking at smaller projects we previously did not think were viable.”

The firm may also install photovoltaic panels at some sites. It recently installed a 15-kilowatt system at its Colombo House building in London.

But Mr Tarboton said BT’s plans for all renewables projects beyond its current roster were in doubt, unless the government clarifies its carbon reporting guidelines.

In draft guidelines published for consultation last summer, the government proposed firms should not be allowed to claim emissions savings from on-site renewables if they receive financial support for the projects under the Renewables Obligation.

Instead they had to report the emissions as having a ‘grid average’ carbon content (ENDS Report, June 2009). This is because the carbon savings associated with that electricity would also be claimed by energy companies under the obligation.

BT and other firms criticised this change, arguing it would discourage investment in renewables. They also said making companies report energy from renewables as if it released carbon would be misleading (ENDS Report, July 2008).

As a result, in the final guidelines published in October 2009, the government changed its position. It permits organisations to report electricity from “owned and controlled” renewable sources backed by Renewable Energy Guarantees of Origin (REGOs) within the UK as being zero-carbon, even if supported by a subsidy under the Renewables Obligation.

Nevertheless, Mr Tarboton said the guidelines need to be clarified further to ensure they applied to BT’s wind projects. Although they are owned and controlled by BT and the energy they generate is for the company’s use, they are built off-site using third-party investment.

Mr Tarboton said: “The wind project has two objectives: to give us a long-term secure energy supply and to help us meet our carbon reduction targets. And if we can’t achieve both then we will review the projects we are taking forward.”

He said the support available under the Renewable Obligation, of £50 per megawatt hour of electricity generated, did not guarantee the projects’ viability, regardless of the government’s carbon reporting guidelines. “Many are marginal,” he said.

In its 2010 sustainability report published in May, BT was also forced to disclose that its carbon emissions were more than double the amount reported in previous years (ENDS Report, July 2009).

BT recalculated its emissions after the government’s carbon reporting guidelines restricted the way in which companies can claim to achieve emissions reductions by buying grid electricity via so-called green tariffs. Again, this is to prevent double-counting of emissions cuts already claimed by energy companies under the Renewables Obligation.

The guidelines permit companies to report their emissions based on using green tariffs. But they do not allow this to be the only figure used, or the headline figure (ENDS Report, November 2009).

But, contrary to the government guidelines, BT’s report gives greater prominence to this second figure - and not the one that excludes green tariffs.

Government intends to review the treatment of renewables under the guidelines in December. Mr Tarboton said BT may have to adopt more modest carbon-reduction goals, depending on the outcome.

Sky is continuing to claim emissions cuts from green tariff electricity, contrary to government advice. However, the broadcaster is investing £2m in rainforest protection.

Government guidance that firms should no longer claim emissions reductions from green tariff electricity has been met with different responses from BT, O2, Vodafone and Marks and Spencer in their latest environmental reports.