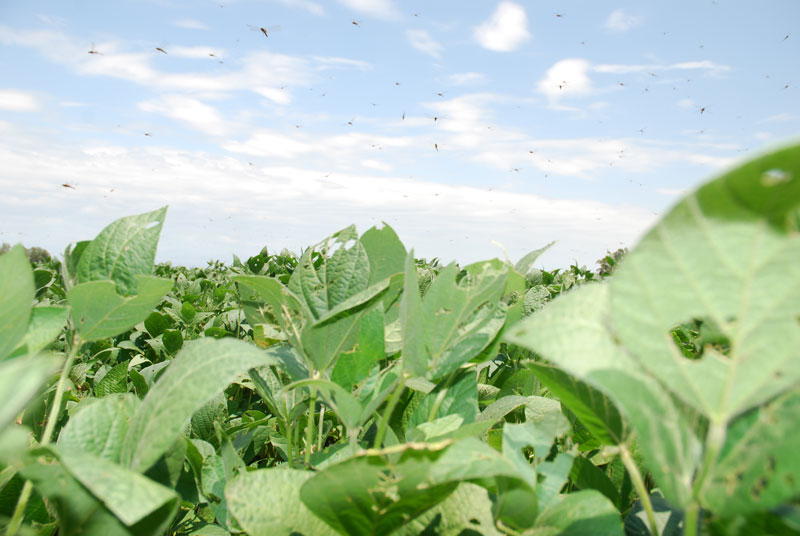 Standards for responsible soya production have been agreed by industry and NGOs. Besides commitments on environmental management and farming practices, the final version addresses biodiversity and soy expansion.

The Round Table on Responsible Soy (RTRS) has adopted final global standards against which producers can certify their products. The first ‘responsible soy’ is expected next year.

The 140 members of the RTRS, which includes growers, processors, traders and environmental NGOs, agreed the standards at their annual meeting in June in Brazil.

The next step is the development of more detailed national implementation standards, an audit system and a system for tracing responsible soya through the supply chain.

Cultivation in compliance with the soya standards is expected to start while these processes are being developed.

The responsible soya standards were developed in response to concerns about the rate at which forests and grassland, particularly those in Brazil, were being converted to soya production (ENDS Report 380, p 22). Grown in South America, India and China, soya beans are used primarily in animal feed, but also in human foods and increasingly in biofuel production.

A draft version published last year has been tested on farms across several countries. This process, and initial discussions on the national implementation standards needed to relate the international standards to local laws and conditions, have led to several changes.

These include the addition of a new criterion addressing on-farm biodiversity management and a new layout that separates the RTRS principles, criteria and performance indicators from guidance on meeting them.

The final standards also clarify the areas into which soya bean cultivation can be expanded. The basic May 2009 cut-off date for ploughing up native habitats survives from the draft, but there is more detail on what is acceptable. Expansion into areas of high-conservation value is barred.

This section of the standards is only an interim measure. Over the next two years, the RTRS will look at mapping areas in which expansion might be allowed and those regions that ought to be protected.

But some NGOs remain dissatisfied with the RTRS’s approach to land-use change, which they believe is too lax. They also want the standards to bar genetically modified soya and address the cumulative effects of industrial farming (ENDS Report 413, p 25). Some 235 groups added their names to an open letter criticising the RTRS’s approach, which was published ahead of the June meeting.1

The Brazilian Oilseed Processors Association also dealt a blow to the RTRS’s credibility by dropping out earlier this year, reportedly over the land-use clauses. But its members remain in the group.

John Strak, director of outreach for the RTRS in Europe, said there was still room for improvement in the standards but said the RTRS “has made a huge step forward with the agreement of farmers, supply chain members, retailers and NGOs.

“Simply getting to this stage has been an enormous challenge,” he added.

Marks & Spencer, a member, has pledged not to buy soya from any sources contributing to deforestation by 2015. Asda and Waitrose are also roundtable members .

Dr Strak said the RTRS secretariat would now ask members to agree a timetable for switching to responsible soya.  The biggest issue for retailers is the soya meal feed used for cattle, pigs and poultry, he said.