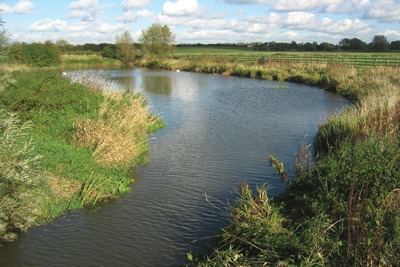 The Environment Agency is delivering poor value on the £8m a year it spends on cleaning up waters, according to Tackling Diffuse Water Pollution in England, a National Audit Office (NAO) report released today.1

Pollution imposes environmental costs through its effect on aquatic life and financial costs from drinking water treatment, the report says. The cumulative cost of water pollution in England and Wales has been estimated at £1.3bn per year.

The agency has had little impact in reducing diffuse sources and mitigating the environmental and financial costs of poor water quality, the NAO concludes, and finds its work “has not proved value for money”.

The report notes that the agency has insufficient data on reasons for water quality failures. Some 34% of waters fail Water Framework Directive standards for unknown reasons, so it cannot target resources effectively. But it does admit the agency has a huge programme of investigations under way as part of its river basin management plans.

The report focuses mainly on agriculture, thought to be the most significant diffuse pollution source. But it finds little progress has been made in persuading farmers to acknowledge their responsibility.

“Many farmers remain unconvinced of their contribution to the problem, so the Environment Agency should intensify its efforts to raise awareness and change behaviour amongst farmers,” said Amyas Morse, head of the NAO.

The England Catchment Sensitive Farming Delivery Initiative (ECSFDI), which targets advice on farmers in key catchments with diffuse pollution problems, has had some positive impact on changing behaviours, the report finds. But many farmers remain unconvinced of their contribution to the problem. Here the NAO echoes a recent survey of farmer attitudes following four years of the initiative (ENDS Report 425, June 2010).

Other criticisms of the agency are that it has limited evidence of the effectiveness of its inspection. Recording of outcomes is weak and spread in disparate databases and the regulator is unable to demonstrate the value of its work.

The agency has also been slow to recognise the ineffectiveness of some of its existing sanctions and regulations in changing farmers’ behaviour. These include nitrate vulnerable zone regulations, intended to limit nitrogen fertiliser and manure applications, water protection zones, which allow restrictions on polluting activities, and anti-pollution works notices, which can require land owners to carry out measures to prevent pollution.

But the NAO also thinks the environment department (DEFRA) could do more. For example, it should improve the targeting of options under Environmental Stewardship schemes to increase their contribution towards reducing the impact of diffuse pollution.

The schemes, which cost £2.1bn a year and are administered by Natural England, fund farmers to deliver enhanced environmental management of their land. Over 70% of agreements include measures which might improve water quality, but the effects are unclear, the NAO says.

DEFRA could also be more flexible in awarding grants under the ECSFDI to ensure that it funds activities on farms that will have the greatest impact on diffuse pollution.

But the report ends on a positive note, recognising that river basin management plan investigations will increase the agency’s knowledge of pollution sources and that tools such as water protection zones are being tuned to address diffuse pollution sources.

The agency said it was considering the report. Head of land and natural environment Pam Gilder told ENDS: “You have to get beyond the headline. It says we have not yet proven value for money and that is because diffuse pollution is notoriously difficult to address. But with recent water quality improvements and the start of river basin management planning investigations we are in a better place than ever.”

Chief executive Paul Leinster said in a statement: “The NAO makes clear, diffuse pollution from agricultural and urban run-off is often difficult to identify and takes time to tackle. We are carrying out hundreds of investigations over the next couple of years to identify specific sources of diffuse pollution that affect rivers and lakes and coastal waters. This will enable us to work with those responsible for the activities including farmers, local authorities and highways authorities to introduce effective control measures.”

Ms Gilder clarified that there were some 8,500 investigations in progress, which would mostly be completed by 2012.