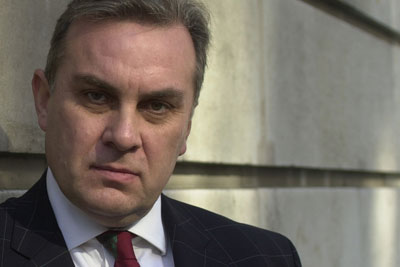 The Chartered Institution of Water and Environmental Management (CIWEM) has upset some of its members by launching high-profile campaigns on a broad range of environmental issues.

CIWEM, which is a professional body representing 11,000 environmental specialists, particularly in the water and wastewater fields, has taken strongly worded stands on issues including nuclear power, carbon capture and storage, population control and oil-industry funding of the arts.

A press release from CIWEM on 10 July called for the government to “undertake a complete review of all fiscal policies that incentivise people to have more than two children”.

Another on 11 November last year called for a “genuinely clean energy mix” involving a huge increase in renewable energy and no new nuclear generation, while rejecting carbon capture and storage technology as “unproven”.

But a press release on 15 June was perhaps the most controversial. It pronounced that CIWEM “deplores the continuing acceptance of guilt monies and influence from the petro-carbon industries” by arts bodies. It called for government and the trustees of cultural organisations “to put a halt to the tyranny of oil patronage and cleanse the oil stains from the arts”.

While much environmentally aware public opinion might agree with these sentiments, the statements do pose the question: what is an appropriate role for a chartered body representing environmental professionals?

John Fawell, an independent drinking water health consultant and CIWEM member said: “Some of these strike me as things that Greenpeace or Friends of the Earth might do. The way the organisation is going, it is no longer a scientific organisation. It is moving away from objectivity towards campaigning.”

CIWEM fellow Professor Clive Thompson, chief scientist of Alcontrol Laboratories, felt: “They should put these issues to members. I have reservations about some of their stands on social issues.”

On the oil campaign in particular, he said: “That’s none of their business. It is not their remit to tell arts organisations what to do. They have a Royal Charter and they are not constituted to press that agenda.”

Another member who asked not to be named was more equivocal: “I don’t object in principle to CIWEM being provocative, for example, on population. This is often the elephant in the room and entirely legitimate. But I’m uncomfortable when it moves into arguments where it is not necessarily a clear cut technical issue. In a few areas it is beginning to stray across a very grey line.”

CIWEM’s executive director Nick Reeves believes it is part of the institution’s remit to provoke and educate. “We are a progressive and modern professional body and we intend to fulfil our charitable function to educate the public on environmental issues.

"We have a whole host of policy statements and positions on our website which have been put together by experts in those areas.”

“We use strong language unashamedly,” he said. “But this is a dialogue between members and a public debate. We think it helps people face some difficult questions.”

On the arts funding issue, he said: “The arts are one of the highest forms of human expression and can be harnessed in the environmental debate. We want oil companies to be ethical and BP in particular, took awful risks [in the Gulf of Mexico] that backfired. What we are saying to organisations like the Tate is make sure you have got ethical issues on your agenda.”

Mr Reeves is not without a good measure of support in the membership. CIWEM fellow Tony Harrington, director of policy and regulation at the Food and Environment Research Agency welcomed the policy: “I find these statements interesting to read because they are filling a space. You may agree or disagree, but I find them challenging and useful.”

And Professor Charles Ainger, sustainable development consultant at MWH, agreed: “I think credible activism is a valid role for a professional organisation, but it must be relevant to the area of expertise.”