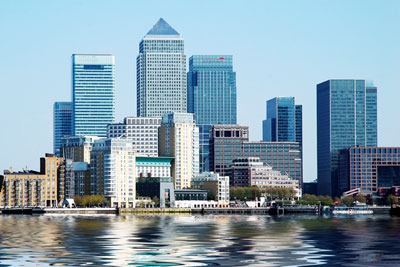 The government should merge the Carbon Trust into a new green investment bank to improve support for private investment in low-carbon industries, a report by the Green Investment Bank Commission has recommended.1

The commission was set up in late 2009 by the Tory opposition to develop proposals for a new bank to increase investment in low-carbon infrastructure and technologies. The commission was chaired by Bob Wigley, chairman of Yell Group, and included a range of financial experts.

The commission’s report recommends setting up the bank within six months. But while the coalition government is committed to establishing a green bank, it will only publish detailed proposals after the comprehensive spending review in October (ENDS Report 425, p 9).

The report says the scale of investment needed to achieve the UK’s climate and renewable energy targets is unprecedented, with estimates reaching £550bn by 2020. By comparison, only £11bn was invested in Britain’s ‘dash for gas’ in the 1990s.

There are several barriers preventing this investment. The recession means utilities and banks are reluctant to invest big amounts of capital in long-term renewable energy projects. Investors are put off by the perception that political and regulatory support for low-carbon industries will waver or fail. Innovative low-carbon technologies require considerable financial support to survive the gap between initial R&D and commercialisation.

A green bank would help overcome these barriers, the report says, by investing alongside the private sector to lever sufficient capital, for example. It would establish long-term frameworks for investment to boost investor confidence.

The report identifies ways that the green bank would raise money to invest in low-carbon industries. For example, the bank could issue green bonds – a loan that an institutional investor such as a pension fund gives to the issuer in return for regular payments until the loan is repaid with interest. It could also establish green individual savings accounts (ISAs), which the public could use to directly invest in the transition to a low-carbon economy.

The green bank should also take over the disbursement of funds currently done by three government-sponsored bodies: the Carbon Trust, the Technology Strategy Board and the Energy Technologies Institute, the report suggests.

Furthermore, it recommends that six government funds be assimilated by the green bank, including the Environmental Transformation Fund and the Ofgem Low Carbon Network Fund. The report says that having separate organisations and funds with similar responsibilities is inefficient.

The government is likely to look with favour on this proposal if it helps to cut overall public spending in context of its austerity drive (ENDS Report 425, p 8).

However, the report fails to address what would happen to non-funding functions of organisations that would be affected. In the case of the Carbon Trust these include its energy efficiency advisory services, and its carbon labelling and carbon reduction standard programmes.

Energy consultants are unlikely to mourn the loss of the Carbon Trust. Last year the sector’s trade association revealed a catalogue of complaints about it. The Carbon Trust was set up by the government in 2001 as a private company to help businesses and public authorities reduce carbon emissions and build markets for low-carbon technologies. But energy consultants resent being forced to work for the trust to provide technical advice to customers because the trust dominates the marketplace with subsidised services (ENDS Report 410, pp 6-8).

One consultant said: “I wouldn’t be too sad to see the Carbon Trust go… It would give us the opportunity to work with directly with clients again.”

Another said: “They are disruptive in the market and if you’re not one of the favoured four or five that get the predominant amount of the work through them then it’s a negative influence… Our understanding was that they were there to build an industry, but they’ve become a competitor within it.”

One consultant said there was a still a role for the trust to champion energy efficiency in the non-domestic sector and offer strat­­egic advice to the marketplace, but it should not be providing frontline services.

Consultants claim the Carbon Trust was preparing a management buyout and flotation on the stock exchange of its investment business. The proposals for a green bank may have stymied these ambitions. Perhaps in preparation for a breakup, the Carbon Trust has created six subsidiary companies – for example, for its investment, carbon reduction standard and carbon labelling businesses. It also has big interests in four joint ventures including Insource Energy, an energy and waste management company.

One consultant said it would be “grossly unfair” to float off parts of the Carbon Trust because they had been created with public money and would compete with energy consultants and other firms. The Carbon Trust declined to comment.