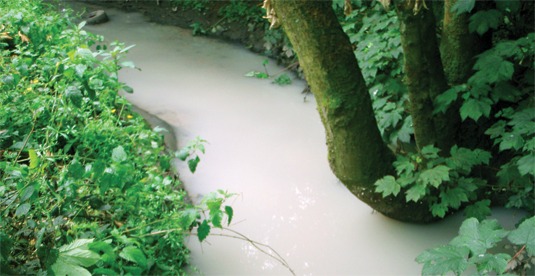 Ice cream maker Fredericks Dairies Ltd has been fined £10,000 for polluting the river Tawd in Skelmersdale, Lancashire. The June 2009 incident led to a significant deterioration in river quality.

On 8 July the firm pleaded guilty at Ormskirk magistrates court to polluting controlled waters, contrary to the Water Resources Act 1991. Costs were £1,956.

In June 2009, members of the public informed the Environment Agency that the river had turned a milky-white colour. The pollution appeared to be coming from the Pimbo Industrial Estate, south of Skelmersdale.

But officers could not immediately locate the source, due to the site’s complex drainage system. Through working with local water company United Utilities, they eventually traced it to Fredericks Dairies. Its surface water drains contained a milky effluent and samples smelled of ice cream.

Further investigations, with which the company cooperated, found that the discharge was the result of misconnected drainage. The part of the site used for production was incorrectly linked to surface water drains and not to foul sewer.

An estimated 13,000 litres of water from washing equipment had escaped into the river over eight days. After being notified of the incident, the company cleaned its drains and correctly linked them to the foul sewer. The agency reports that this has significantly improved the river quality.

After the case, Gareth Rogerson, environment officer for the agency said: “Due to the organic nature of the pollutant, the pollution caused a significant impact on the water quality of the river. If the Environment Agency hadn’t received reports from the public, this pollution could have been much more serious.”