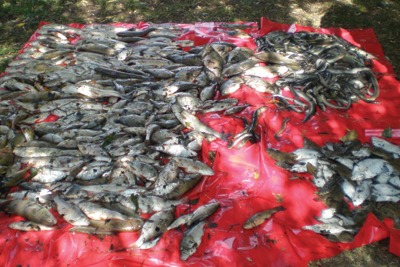 Anglian Water Services Ltd has been ordered to pay almost £55,000 for seriously polluting the river Crouch in Essex, killing hundreds of fish.

On the 17 August 2009, Anglian’s Long Meadow Drive pumping station in Wickford, near Basildon, suffered an “unpredictable and temporary fluctuation in the electricity supply,” according to the company.

This caused the pumps and alarms to turn off. The court heard that the company could not explain why this happened. Anglian's records showed that two alarms were alternately failing and clearing on the morning of the incident, but other alarms had not been triggered. A high-level sensor had also been turned off by the power fluctuation.

The company learned of the discharge from the Environment Agency, which was informed by members of the public. The failures resulted in raw sewage flowing out of the pumping station and into the river, turning it grey and polluting it for at least two kilometres.

More than 650 adult fish were killed, including 187 eels – a protected species.

After the hearing, agency officer David Free said the discharge “was one of the most serious types of incidents we deal with, causing a major impact on the fish and invertebrate populations in the river".

Anglian Water told ENDS the pumping station has now been fitted with “custom-built detection equipment” to warn of future problems. The site will also trial next-generation alarm systems that the company will fit across its sewerage network.

Anglian has also offered to pay the agency to monitor fish populations for five years, and to restore and possibly restock the river.