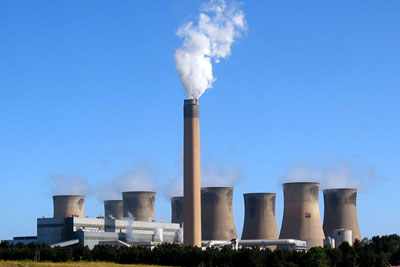 The government has fleshed out its thinking on how to simultaneously boost energy security, avoid energy price spikes and cut Britain’s greenhouse gas emissions by 80% by 2050.

The package of measures suggests the government is continuing to take energy security and climate change issues as seriously as the Labour government did in its latter days.

Launching the first ever annual energy statement in Parliament yesterday, together with a raft of other policy documents, Liberal Democrat energy and climate secretary Chris Huhne said the UK was on track to meet its current commitments to cut emissions by 34% from 1990 to 2020. But he pointed to many serious remaining challenges. An accompanying departmental memorandum lists no less than 32 priorities for further action.

The policies outlined in large measure continue Labour’s approach or are in the two-party coalition agreement. But the government has provided new detail and more clarity on timescale. Further consultations are promised this autumn and next spring.

There are some key policy differences with the previous government, notably a preference for a carbon floor price within the EU emissions trading scheme (EU ETS), a proposed emissions performance standard to cap emissions from fossil fuel power stations, a claim to more openness on policy options and costs to business, and a greater emphasis on accelerating delivery.

There is also a commitment to monitor the Carbon Reduction Commitment (CRC) Energy Efficiency Scheme launched in April. It is seen by business as overly complex (ENDS Report, 7 July 2010), and Mr Huhne has undertaken to look at simplifying it before the cap-and-trade phase starts in 2013.

The government’s energy efficiency plans are dominated by the flagship Green Deal, to be tabled in the forthcoming Energy Security and Green Economy Bill. Under this a new obligation on utilities will incentivise residential consumers to invest in energy efficiency from 2012 (ENDS Report, June 2010).

The bill will also extend the current Carbon Emissions Reduction Target (CERT) obligation on suppliers up to 2012, with protection for vulnerable households. A Prospectus for Smart Meters (ENDS Report, 28 July 2010) sets out detailed plans for their accelerated roll-out, crucial to decentralised micro-generation opportunities under the Green Deal.

For business, DECC will review carbon-cutting climate change agreements, which provide relief from the climate change levy on energy use, as well as the CRC, to ensure they are fit for purpose and avoid policy overlap. An accompanying document analyses likely impact of policies on business and domestic energy bills up to 2020 (ENDS Report, 28 July 2010).

On low carbon energy generation investment and energy security, DECC says proposed reforms to the CCL aimed at boosting the carbon price in the EU ETS and attracting more investment will be published in the autumn, followed by measures in a finance bill in spring 2011. It is also to push for a higher 30% economy-wide emissions reduction target by 2020 in the EU to bolster carbon prices.

There will also be a wide-ranging consultation document in the autumn on electricity market reform, considered vital to drawing in investment in new energy infrastructure by the Committee on Climate Change (ENDS Report, 14 July 2010).

The consultation will be launched in the autumn, with a white paper to follow in spring 2011. It will focus on the role and level of carbon price, notably through a reformed CCL (ENDS Report, April 2010), emissions performance standards to ensure fossil fuel power plant emissions are capped, overhaul of the Renewables Obligation (RO), an increasing role for feed-in tariffs, and interventions such as mechanisms requiring capacity quotas to deliver low-carbon generation.

In parallel, DECC has launched a review and call for evidence on whether energy regulator Ofgem is fit for purpose.

On renewables, the government has asked the Committee on Climate Change to report on the scope for higher targets, promises a clearer delivery plan with milestones and costs by the end of 2010, and confirms support for marine energy. It is also consulting with Ofgem on offshore transmission connections.

DECC is also introducing immediate measures to exploit bioelectricity and energy from waste through the RO, and it will be setting out its detailed proposals for a renewable heat incentive in time for the autumn spending review.

On carbon capture and storage, the government is to announce the winning power plant in its first CCS competition during 2011, and is carrying out a market sounding exercise on the detail of the CCS Levy and three further demonstration plant competitions to be announced in the autumn.

DECC has been forced to reconsult on new nuclear power plants, as a result of the risk of legal challenge to strategic environmental assessment in its national policy statements (ENDS Report, July 2010). But it insists delivery of the first reactor by 2018 is still on track with safety assessments due out in June 2011, and a Justification decision by DECC due imminently.

Shortly after the Parliamentary statement, Mr Huhne stressed that energy security concerns were more about avoiding 1970s-style price shocks than black-outs. Even with current fossil fuel prices, a future decarbonised energy sector would increase costs to consumers only modestly, while consumers would be “quids in” based on higher oil price scenarios from the International Energy Agency as depletion rates increase.

He also pointed out that fears of government spending cuts in the forthcoming comprehensive spending review were exaggerated, as most of the investment needed, some £200bn by 2020, will come from utilities and from levies on suppliers, including the carbon capture and storage levy originally proposed by Labour.

Alongside the statement, DECC published its long-awaited ‘2050 Pathways Analysis’, its first comprehensive, long-term look at energy supply and demand out to 2050. The analysis, based on six scenarios, including a business-as-usual case, explores various energy mixes, mostly assuming nuclear generation, with various levels of renewables and abated fossil fuel combustion. There is also an online calculator, enabling users to explore different mixes. The analysis draws back from stating a preferred option, but instead aims to inform debate on policy gaps beyond the Low Carbon Transition Plan (ENDS Report July 2009), which focused only on the period to 2020.

DECC is to revise and re-consult on its energy national policy statements following warnings of legal challenge.

EEF calls for CRC to be scrapped

The new House of Commons’ first debate on environment and energy raised concerns about the Lib Dem-Conservative coalition’s programme. It featured the maiden speech of Caroline Lucas, the UK’s first Green MP