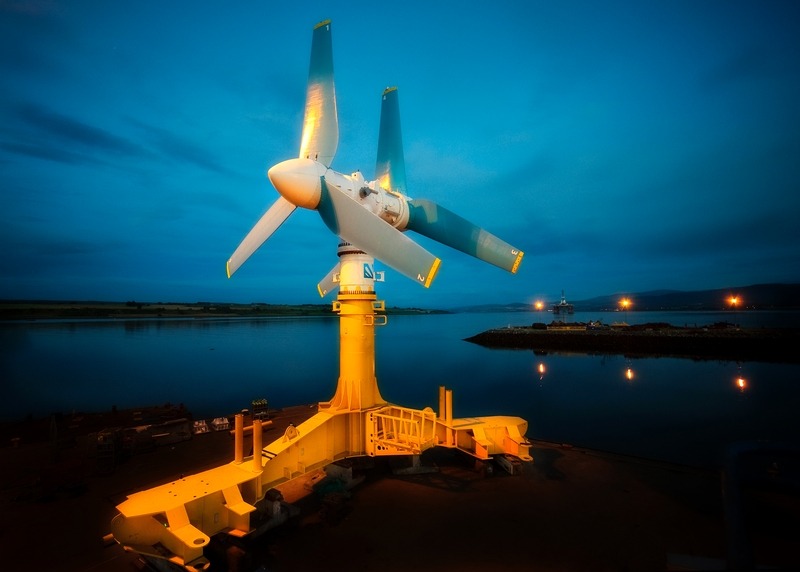 Most wave and tidal power plants installed in Scottish waters will qualify for higher levels of support from April 2011, under Scottish Government proposals issued for consultation this week (8 September).

Under the UK-wide Renewables Obligation, energy suppliers have to get a rising proportion of their energy from renewable sources. They do this by buying renewable obligation certificates (ROCs) from generators. ROCs are worth about £47 per megawatt hour.

In Scotland, wave devices get 5ROCs per MWh, while tidal plants get 3ROCs/MWh. But for both wave and tidal projects, the rate falls to 2ROCs/MWh if the device has received grant support. The Scottish government has now decided this is preventing projects coming forward.

Practically all wave and tidal devices in development have received grants. Some £35m of grants have been awarded to projects this year alone (ENDS Reports, July 2010 and February 2010).

At the end of August, Atlantis Resources Corporation installed its prototype 1 megawatt peak capacity tidal device at the European Marine Energy Centre, Orkney. The company has received £1.9m from the Carbon Trust to help with the project.

However, the Scottish Government has decided against increasing the number of ROCs tidal projects receive to the same level as wave projects. Developers have been calling for this change for two years (ENDS Report, October 2008).

Wave power is likely to remain significantly more expensive than tidal power, the government says. The conclusion is based on Ernst & Young's studies on wave and tidal power costs for the energy and climate change department (DECC), it says (ENDS Report, March 2010).

The consultation proposes several other changes to Scotland's Renewables Obligation to bring it in line with rules in England and Wales. However, the government has decided not to guarantee the number of ROCs that biomass plants are eligible for.

Under the RO, biomass plants receive ROCs for a guaranteed term of 20 years, but the number of ROCs they get is not guaranteed. This policy was introduced because biomass prices are likely to change in future.

In August, the UK government announced it would be changing this policy for plants in England and Wales as it was stifling development (ENDS Report, August 2010). But Scotland says it will not follow suit as it believes its original concerns remain valid. The Scottish government also wants biomass to be used primarily to generate heat "in order to make the most efficient use of this resource".

The Renewable Energy Association hit out at the decision. Gaynor Hartnell, its chief executive, said: "The RO is a tradable mechanism, and having different arrangements within the UK is far from ideal…Scottish forestry residues will end up being transported south of the border [because of this]. It makes no environmental sense."

The government will tweak the Renewables Obligation to ensure there is no hiatus in advancing biomass power plants.