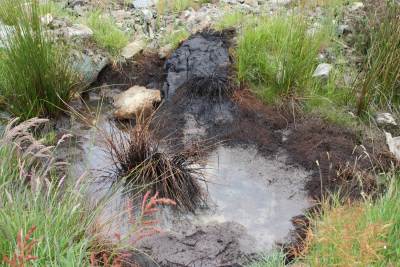 HM Revenue and Customs has shut down one of the largest illegal “fuel laundering” plants discovered in Northern Ireland after an investigation including the province's environment agency. The facility had caused significant local pollution.

Fuel laundering is a common form of organised crime in Northern Ireland. Tax-free ‘red’ diesel sold for agricultural use is processed to remove marker chemicals and resold into the mainstream vehicle market. Found in the border province of Armagh, the plant was capable of processing 10 million litres of fuel a year.

Techniques used to launder fuel include filtration through activated carbon or treatment with acids and alkalis, a spokesman for HM Revenue and Customs explained. Both produce an oily sludge which is expensive to dispose of safely. Criminals often dump the material illegally, leading to water pollution, or simply leave it in remote locations in bulk chemical containers.

Soils at the Armagh plant were found to be contaminated and a local watercourse was polluted. Mike Connolly of the HM Revenue and Customs said: “This plant was operating on scrubland just metres from the road… The pollution it caused shows the total disregard criminals have for our land and waterways.”