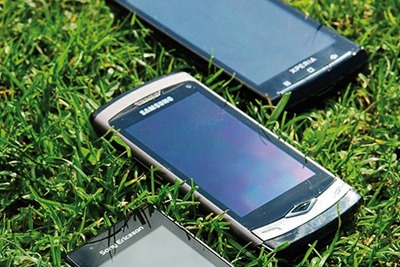 O2 customers can now choose between mobile phone handsets on the basis of a new eco-rating score introduced by the network provider at the end of August. The system covers 93% of handsets, including those made by Nokia, Samsung and Sony Ericsson. But Apple and Blackberry-maker Research in Motion are not taking part.

Developed with help from Forum for the Future, the rating is part of O2’s ‘think big’ environmental programme (ENDS Report 427, p 11).1  The firm hopes it might be adopted by other network providers.

The system relies on phone makers rating their products and there is currently no third-party audit. However, Dr Taplin said the indicators used are all publicly available and competitors will spot any irregularities. There are also plans to set up a stakeholder panel to oversee and update the system.

Nonetheless, NGOs wishing to scrutinise the scores may be unhappy that the calculations behind them are not made available.

The figures compiled by O2 and Forum show the production phase of a phone has the heaviest environmental impacts and smart phones do worse than simple phones because of their extra weight and complexity. However smart phones score better on functionality.

In all, 65 phones from six manufacturers have been rated. These will be added to as new phones appear on the market.

The best performing phone, scoring 4.3 out of 5, is the Sony Ericsson Elm. This standard phone is part of the recycled plastic GreenHeart range and has no accompanying paper manual. Seven other phones, both smart and standard models, come second with scores rounded to 4.0.

Phones from LG Electronics and Palm currently have the lowest rating at 2.7. Apple and Research in Motion did not respond to enquiries from ENDS on their absence.

Another limitation of the initiative is that it does nothing to tackle the short lifespans of many phones.

About 1,712 handsets are replaced every minute in the UK but responsibility for tackling this lies with network providers more than handset makers.

Steve Alder, general manager of O2 in the UK, said O2’s average contract length has grown from one year to two, helping cut the number of new phones customers get through. It also has contract packages for customers passing old phones on to friends and family and a recycling programme.

The software upgrades available to smart phone users will also extend the lives of their handsets, said Mr Alder, but there will always be ‘early adopters’ who want the latest handset.