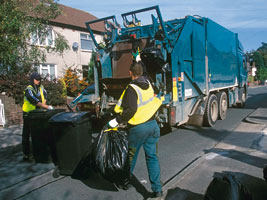 Before the election the Conservative party latched onto press campaigning against fortnightly waste collection, embracing the mantle of Middle England, as voiced especially by the Daily Mail.

Since the election, environment secretary Caroline Spelman and communities secretary Eric Pickles have been pushing for a return to weekly collections. The terms of DEFRA’s waste policy review says it wants to increase collection frequency (ENDS Report, August 2010).

The analysis says that the amount of dry recyclables put out for collection would drop by 30-46 kilograms per household per year and the amount of garden and kitchen waste by 10-100kg. This analysis simply assumes that the pro-recycling behaviour change caused by the introduction of fortnightly collections is gradually reversed.